Here Is How To Selectively Backup Your Data 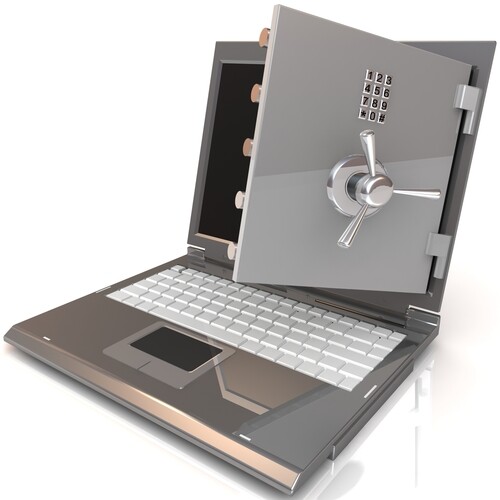 Unless you’ve been a castaway without wireless service for much of the past year, you couldn’t easily ignore all the big talk on Big Data and its offspring, Predictive and Prescriptive Analytics. Considering Big Data was born out of converging cloud, mobile, sensor and social networking technologies, you’d think the conversation perfectly aligns with CRM.

Unless you’ve been a castaway without wireless service for much of the past year, you couldn’t easily ignore all the big talk on Big Data and its offspring, Predictive and Prescriptive Analytics. Considering Big Data was born out of converging cloud, mobile, sensor and social networking technologies, you’d think the conversation perfectly aligns with CRM. Turns out, this is not necessarily so.

Big Data is typically framed in terms of “volume,” “velocity” and “variety”. Many have appended other “v” words such as volatility, veracity and value, as if these don’t pertain to all data.

Some say volume isn’t really that big a deal anyway. The amount of data has always been an issue relative to the available technology at the time. Clearly, velocity – the speed at which data is generated and consumed – has markedly increased, to say the least, and is somewhat like doing drip irrigation with a fire hose. And while, variety may be something that stands out in some operational areas, sales, marketing and service always had to contend with both structured and unstructured data. Just think of all the free-form text in comments and notes fields in CRM applications, not to mention the unstructured content in proposals and contracts!

So what are the parameters to size customer data in CRM systems, if the usual vocabulary for Big Data doesn’t tell the whole, if not correct, story? There are four key dimensions that increasingly make data a big deal, if not just plain big, in customer transactions, interactions and analysis.

First, There Is Context.

Businesses have interactions and transactions with individuals, organizations and groups in all sorts of roles, not just “customer”. In sales, marketing and service realms, the variety of roles really matters more than the variety of data.

Take a health insurer for example. They have interactions and transactions with plan members and their households, providers, employer organizations, insurance brokers, and third-party benefits administrators. Persons, organizations and groups in all these roles are equally essential to the insurer’s existence.

But here’s the problem. Business applications such as CRM, ERP and others are not designed to represent persons, organizations and groups in multiple contexts with context-specific data and connections to other parties. That’s because most times users of a specific application tend to only interact and transact with persons, organizations and groups in a single role.

The assortment of roles is particularly knotty when a constituent party plays multiple roles at the same time in different transactions and interactions. For example, physicians may not only be in the insurer’s provider network; they may also be plan members seeking health services as patients. Similarly, an insurance broker may also behave as an employer and plan sponsor.

Representing a single party in one consolidated view without regard for the multiple roles a party plays in different transactions or interactions can lead to role or context collapse. Once we accept that a customer is a persona for an individual, organization or group, and not the entity, we discover that the coveted single view of a customer just doesn’t cut it. We need a panoramic view of constituent parties across multiple contexts.

Second, There Are Connections.

Businesses have lived by a deep-rooted doctrine that states: “the purpose of a business is to create and keep a customer.” This later evolved into creating and keeping customer relationships, which of course gave rise to CRM. Today, businesses exist to create connections, not just relationships, with and among persons, organizations and groups in many contexts.

Take a university, for example. They can have transactions and interactions with individuals who are students, employees, alumni, and even library card holders. Not only does the data exhaust vary for each role, but when a party behaves in multiple roles (e.g. an individual can be both a student and an employee) the connections to other parties differ for each role.

CRM was built on the notion that a business exists to create and keep a relationship, specifically with customers. But “connection” and “relationship” are not synonymous. Connections don’t always result in relationships, and not all connections are among parties exclusively in a customer role.

Consider Twitter. A person may follow another party, but the connection may not be reciprocated. And even if the two parties mutually follow each other, that does not mean a relationship exists. One party may influence the purchase of another party from a distance. As a consequence, successful businesses have come to value connections as well.

Third, There Is Resolution.

There are two takes on volume as a descriptor of big data with respect to CRM. One is resolution. This speaks to the amount of obtainable, valued information on a single person, organization or group.

Over the years, there has been a decidedly large increase in the resolution of information on customers in CRM applications. Simply compare an ACT! contact record circa 1990 and a MS Dynamics CRM, Oracle CRM or SalesForce.com record today.

The amount of relevant information that businesses can capture, store, process, distribute and consume on persons, organizations and groups in all contexts has dramatically increased. But as they say, you’ve seen nothing yet.

Data resolution will further increase as we seek more data for each of the different roles a party plays in transactions and interactions and as the number of connections among parties snowball and the data about those connections swell.

And Fourth, There Is Density.

Another take on volume is density. Density is all about how much relevant data we actually capture in CRM databases to get the benefits of higher resolution data. If we think of a database as a piggy bank, resolution concerns the size of the bank. Density is about how many coins are in it. And the higher the value of the coins, i.e. data quality, the better!

Another way to look at density is in terms of printing. The “DPI” or “dots per square inch” printed on a page says nothing about the size of the image. Yet, there is a clear distinction between the same image printed with 600 and 2400 DPI.

The same can be said about the density of data on an individual, organization or group. These days we have access to so many data sources, we possess far more DPC, “Data per Customer”, then ever. This provides the potential for fuller, more complete images of the persons, organizations and groups we engage as customers and in other contexts.

With the appropriate analytical, predictive and prescriptive tools, we can leverage higher DPC to generate more revenue from prospects and customers as well as identify a greater number of potential customers to boot.

Businesses need to broaden their view beyond those persons, organizations and groups we designate as customers. Other constituent parties who participate in various other roles during interactions and transactions equally share the corporate limelight. Further, we need to understand the deep connections among constituent parties in various business contexts.

We now have access to more data on customers and other constituent parties. But the quantity of data and types of data on individuals, organizations and group behaving in multiple roles during transaction and interactions is no substitute for data quality. In the end, businesses have to balance big quality and big quantity data to achieve their business and organizational goals of higher revenue and lower costs.

Peter Perera
View More Posts
Peter Perera works with enterprise graph databases to contextualize, explore, visualize and analyze customer connections and data relationships - viewing customer data like never envisioned. He is an enterprise business technology consultant and a spirited, experienced presenter with subject expertise in enterprise graphs for CRM and MDM and making enterprise data graph-ready. During his lengthy consulting career, he has advised and collaborated with over 100 client organizations, facilitated over 100 two-day seminars, has spoken at numerous conferences and penned many articles on enterprise CRM ad MDM. Since 2013, he has focused on emerging graph database technologies to tell engaging customer data stories. During the last two decades, his clients have included brand-name organizations in enterprise software, health insurance, travel, education, high-tech, manufacturing, financial services, nonprofits, business services, and medical products and diagnostics. Peter can be contacted at pperera@perera-group.com