Critical Cloud Security Tech You Need to Understand in 2018 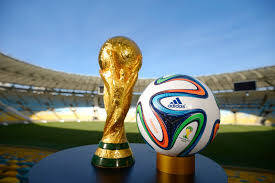 Whether you like Soccer (Football outside the U.S.) are “Soccer Neutral” or have a problem with the billions of dollars spent by host countries to build the infrastructure “needed” for the stadiums (and those host countries get zero of the proceeds: FIFA claims all that money, we digress): the 2014 FIFA World Cup is the most technolog

Whether you like Soccer (Football outside the U.S.) are “Soccer Neutral” or have a problem with the billions of dollars spent by host countries to build the infrastructure “needed” for the stadiums (and those host countries get zero of the proceeds: FIFA claims all that money, we digress): the 2014 FIFA World Cup is the most technologically advanced sporting event in history. NASA even built the ball for use in this year’s cup, known as the Brazuca, after complaints from players on the 2010 ball being “built like a beach ball.”

Even the cameras are better and literally levelling the playing field:  especially with FIFA spending $3.5 Million in a company, called GoalControl, to install 14 cameras in each of the 12 World Cup stadiums that triangulate the motion of the ball with maximum precision: up to 500 images per second: thus eliminating the possibility of a “ghost goal” (a goal that seems to cross the plane of the goal before spinning out or hitting the cross bar of the goal: not familiar: ask a German soccer fan, they’ll tell you all about it.)  In fact, this is the first year that goal-line technology will be used at the World Cup.

This will be the World Cup played out on the World Stage of Social Media – where we will chat with our “friends” in Brazil, Spain, England and anywhere and everywhere the interconnectivity of Social Media can take us (or at least to others who agree that all the refs are blind.)  This World Cup will shatter records set by Sochi’s Olympics and even our last “American Football’s” Superbowl’s cutting edge technology.

Back in 2010, at the last World Cup, Twitter went down in a blaze of glory as its servers crashed numerous times, so this time Twitter diverted one of its largest data centers just to save itself from the onslaught.  The opener: Croatia Vs. Brazil generated 12.2 million Tweets during a bit of a “controversial” penalty called by Japanese referee Yuichi Nishimura on Croatia – who he himself found the need to defend his decision – on Twitter.  Regardless of how we feel about the referee (he was probably out of his depth, but we digress), Twitter and its data centers weren’t in need of a red card, and so far, so good.

Facebook is so ready that it created “Trending World Cup” a dedicated hub just for the World Cup.  One can go on to Facebook’s hub to chat, argue, agree, disagree, disagree violently or just check the scores, times and what action is about to happen, not to mention highlights, rants and general cup craziness that occurs during the World Cup.

So far, the all of the countries, except for Iran, have Facebook, Twitter, Google Plus and Instagram accounts.  Even, in the wake of harsh criticism of FIFA, soccer’s governing body (not just your Xbox game,) acted as though nothing was wrong with continuing goal posts, updates and quotes on their own Instagram account.

One thing is for sure about “the Beautiful Game” it has had a unifying affect, possibly more than the Olympics as everyone can play it, anywhere and at just about any time.  Soccer transcends race, class, origin and even language: it is a language of its own.  And as the stats roll out on the big Social Media sites, so far, their data centers are working to bring you the best in connectivity, and they are doing a beautiful job.  Technology, the human body and the mind are all in one world this year.   Hop on Twitter or Facebook, check out the action, as the datacenters hum in the background bringing us the “religion of Soccer” one unifying Tweet at a time.

Leaves us with two nagging questions: Where is Langdon Donovan and will the U.S. ever win The World Cup?

What Are State-Sponsored Cyber Attacks and Do They Use AI?