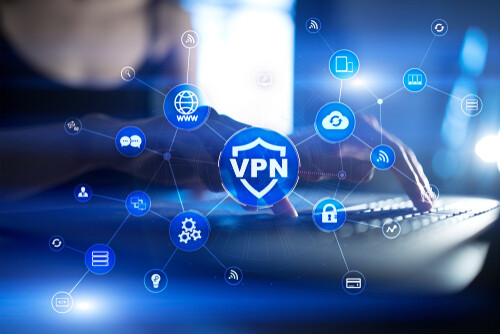 Artificial intelligence is driving the need for new approaches to censorship. A growing number of governments and corporations are using AI tools to identify content they don’t like and ban customers access to it.

Contents
VPN Demand Grows as Customers Seek Refuge from the Looming Threat of AI CensorshipRestricted Freedom of the WebLack of Online PrivacyWhat is VPN and how does it help?VPNS Protect Against Censorship in the Age of AI

Facebook has been using AI technology to detect content they don’t like and impose restrictions to it. A lot of these changes were created in response to concerns that Russia used Facebook ads to influence the American elections. The problem is that the heavy-handed approach to using AI to censor content could lead to perfectly sensible content being restricted. Facebook could even use this as an excuse to restrict content they personally don’t like and blame the censorship on a non-existent mistake on the part of their AI algorithms.

Governments are even worse about using AI to censor content. China has stated that they are going to be even more aggressive about banning content. They will use AI technology to make their Great Firewall even more effective.

Back when the internet came into existence, technological evangelists predicted that it will launch a new era of freedom and connectivity. A global village was envisioned where people from all over the world could connect with each other with ease and participate in each other’s cultures. High hopes were bound with future of the internet.

Fast-forward twenty years and you would notice that this certainly isn’t the case. Though we are able to connect with each other and send messages on the cheap, the world is still not free, especially on the internet. And who is to blame? Government policies and capitalism. AI technology is now making it worse.But can you avoid online restrictions? Yes, with a VPN. But what is a VPN? You’ll find out below!

Restricted Freedom of the Web

There is no denying the fact that freedom is restricted on the internet. This is primarily related to government policies. There are many governments around the world that censor certain websites on the internet. You can take the Great Firewall of China as an example. Thousands of websites are blocked I n China and most of them are banned for minor offensives. AI is making this even more effective.

While government censorships is certainly enough, there are other problems as well. You probably won’t be surprised to hear that many companies and brands also enforce online restrictions. These restrictions are a result of geo-licensing policies followed by most production companies.

When a company produces a movie or a TV show, it sells geo-licenses to multiple streaming brands. These geo-licenses restrict these brands from broadcasting or streaming this content outside their location. This is why you are unable to access popular streaming services, such as HBO Now, Amazon Prime and other streaming providers in your area. The same applies to sports and other entertainment industries as well. They are using AI to be even better at identifying your location to restrict access.

Unless you’ve been living under the rock, you would know about Edward Snowden’s leaks which wreaked havoc around the world half a decade ago. In a show of whistle-blowing, Edward Snowden revealed confidential data from his time in the FBI and CIA. He revealed how governments spy on us and keep track of our data.

His revelations informed us that not just our browsing history, but also our internet-connected devices are constantly accessed and monitored by the government. This includes cameras that are installed in our phones, laptops, or any other internet-connected device. AI is making it easier for the NSA and other entities to identify people to spy on.

What is VPN and how does it help?

VPN stands for virtual private network. It is basically a network of servers that are spread around the globe. With the help of VPN clients, you can access these servers and pass on your online communications through encrypted tunnels.

VPNs offer a mixture of online freedom and online security. With a VPN, you can access any website on the planet, even if it is restricted at your location. But of course, it depends on the VPN service that you use. For instance, SwitchVPN offers complete freedom by giving you access to 250+ servers in 45 locations of the world. This is a great tool for protecting yourself against censorship in a world where governments have artificial intelligence at their fingertips.

When you connect to any VPN server, your IP location changes from your own to that of the VPN server. If the VPN server is located in the UK or US, then you will be able to access any website in that country, be it Netflix, HBO Now, or any other.

VPNs also offer anonymity and security against even the most pervasive AI censorship algorithms. They cover your online communications with military-grade encryption, making it impossible for any hacker or surveillance agency to access or monitor your data. So, when you ask, is VPN safe? The answer is a most definitive yes!

VPNS Protect Against Censorship in the Age of AI

Looking at the above-mentioned security and privacy features, it is easy to guess why VPN usage has increased as more entities use AI to enact content restrictions. VPN safety is important for any web surfer as governments strengthen their firewalls with AI technology. So, if you want to get the most out of the internet, then we suggest that you go for a VPN.