A couple of weeks ago, I talked to Stanford professor Clifford Nass about how humans relate to machines. I was interested for my book, which features a bionic Jeopardy player as a protagonist. How important was it for IBM to hone their machine to human tastes, emotions and expectations? Nass, whose now book is called The Man Who Lied to his Laptop, has plenty of thoughts.

We’re so single-minded and self-focused, he says, that we let ourselves be manipulated by others, including computers. People appreciate kind words and flattery, even when they come from a machine. But there are gender differences. Nass told me about one experiment in which people played blackjack against a computer. In some cases, the computer expressed happiness when it won and when the human won. In others, it only expressed joy for the human. Men, it turned out, liked it best when the computer celebrated only their success. Women preferred the more balanced approach. But in both cases they were sensitive to words from a machine.

Computer voices also matter. Male German drivers, according to Nass, were unnerved when the voice on their GPS system was female. They didn’t trust a woman (or even a computerized female voice) when it came to directions. Also, sad people would rather hear a downbeat voice, and happy people drive better when the voice is chirpy. What’s this say? When machines appear oblivious to our moods, it bugs us.

This brought us to the expected Jeopardy match between IBM’s computer, Watson, and two human champions. I wondered what kind of voice Watson should use while the playing the game. …quot;That robot had better have some emotion,…quot; he said. In the movies, he said, the scariest machines are emotionless, which leave us in the dark about …quot;what they want….quot;

The funny thing is that two like us, who should know better, inevitably end up using phrases such as …quot;what machines want…quot;–as if they were capable of such feelings….nbsp; But that’s Nass’s point. For the last 40,000 years, and probably more, we have developed highly tuned social skills and sensibilities. They appear to be hard-wired. Figuring out what other people are up to, whether they might be friends, mates or enemies has been crucial to our survival. In the last few generations we’ve come up with machines that communicate a bit like people. But we don’t have separate mental niches for these entities. So even though we know better, we respond to them as people.

No doubt we’ll grow more sophisticated in our conscious minds about these machines. But our instincts aren’t likely to change much. Meanwhile, as Watson will demonstrate, machines are going to be acting more human every year. 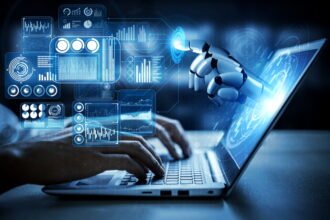