The Enterprise Graph – From Connections To Customer Insights 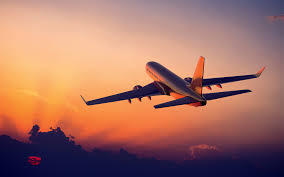 Airlines and air traffic controllers use a lot of information to keep passengers safe, integrating weather readings, physical information about the plane, passenger data, and other kinds of data. But as the uncertainty surrounding Malaysia Airlines Flight 370′s disappearance confirms, better information and ways to act on it will be crucial for the future of air safety.

Airlines and air traffic controllers use a lot of information to keep passengers safe, integrating weather readings, physical information about the plane, passenger data, and other kinds of data. But as the uncertainty surrounding Malaysia Airlines Flight 370′s disappearance confirms, better information and ways to act on it will be crucial for the future of air safety. The technology to make air travel safer exists, but realizing these benefits will require investments in new equipment, integration of information systems, and coordination between government agencies both domestically and internationally.

There are four important areas where data can be used to make air travel safer: preventing terrorism and crime, stopping mechanical failures, avoiding collisions and improving preparedness for weather-related hazards.

First, airlines and governments can use data to make sure known terrorists cannot fly. Since the attacks of September 11, 2001, governments around the world have made greater efforts to keep track of flight passengers. But officials failed to consult at least one major source of passenger data, Interpol’s database of stolen passports, before Flight 370 disappeared. The database, which is available to authorized law enforcement agencies around the world, is nevertheless underused, including in developed countries such as Australia. Interpol is currently piloting a program to grant private airlines access to the database, and this is a step in the right direction.

Second, air travel authorities can integrate real-time data on planes’ physical conditions to anticipate and quickly react to mechanical failures and other safety issues. Precise data on fuel usage, the physical condition of the engine, and other variables can help pilots and air traffic controllers diagnose any problems early and make lifesaving operations more likely to succeed. While a variety of safety and performance information is already routinely transmitted from planes to control stations on the ground, this data promises to grow in volume and variety in the future as so-called “industrial internet” technologies develop. Boeing‘s large new 787 planes, for example, are expected to create over half a terabyte of data per flight. Moreover, GE‘s newest jet engines are capable of capturing data on fuel flow, oil pressure, air temperature, flight angles, vibrations and other important safety and performance variables, and the company is engaged in ongoing efforts to improve measurements and transmission throughput.

Third, planes can use precise information about their own location and that of nearby aircraft to avoid midair collisions. Air traffic controllers go to great lengths to ensure ample space between flight paths, while minimizing fuel costs incurred from inefficient rerouting. In the United States, the Federal Aviation Administration’s (FAA) comprehensive new national airspace management system, known as NextGen, will replace old radar systems with GPS to provide air traffic controllers with more precise, real-time information about plane locations, and improve pilots’ situational awareness of other nearby planes. The NextGen rollout began in 2012 and is expected to be completed in 2025.

Fourth, pilots can use data to avoid dangerous weather in their flight path. Once NextGen is deployed, it will enable pilots to integrate weather data into their onboard decision support systems in real time and quickly make flight adjustments to changing atmospheric conditions.

Unfortunately, air safety is not improving as quickly as it could. As noted earlier, some countries still do not use existing international data sources to identify known threats. In addition, airlines leavelegacy aircraft without new connected technologies and the FAA has been slow to implement NextGen weather integration improvements. Finally, Congress has slowed the FAA’s progress on NextGen following a substantial funding cut under the Budget Control Act of 2011. The cuts disrupted NextGen operations and have created delays in implementation.

U.S. government leaders can support data-driven efforts to improve air safety in a number of ways. First, the U.S. government’s representative to the ICAO should insist that other countries use all the international resources available to verify passenger identities and track stolen documents. For countries that refuse to modernize, the State Department could assess a penalty, such as a special visa fee on citizens coming from countries that do not comply with international norms on verifying passenger information. Second, the FAA can investigate the most cost-efficient ways to integrate Internet of Things technologies into its aircraft to provide better real-time data coverage. Finally, Congress can ensure that airlines and pilots have the more accurate forecasts as possible by bolstering the nation’s satellite weather data collection infrastructure.