Here’s How Big Data Analytics Has Changed the eCommerce Industry 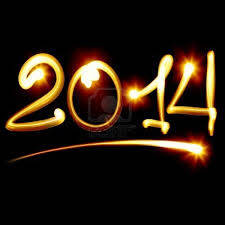 Because the past few years have been pretty good ones for big data and analytics, it stands to reason that 2014 has the potential to be a banner year for the market as well.

Because the past few years have been pretty good ones for big data and analytics, it stands to reason that 2014 has the potential to be a banner year for the market as well. As the needs of businesses in countless sectors become more complex and multifaceted, the business intelligence software and analytics tools that they use will need to rise to the occasion. By all indications, this is expected to be the case in the coming year.

A number of recent industry reports have surfaced concerning the near future of analytics. All of these focus on the major trends that are most likely to dominate or characterize the market throughout 2014 – and arguably beyond that. Providers of BI and analytics platforms, along with the leaders of businesses that are going to heavily rely on such tools, would do well to closely review this information and consider how they should adapt their 2014 strategies, if necessary.

General industry trends to expect
According to Information Management, the International Institute for Analytics, an independent research firm, recently released its nine predictions for what the analytics market will look like in 2014. A number of specific aspects of analytics are predicted to have even more value than before, including data visualization, predictive analytics, machine learning and analytics as a service.

Other trends involve how companies are predicted to approach analytics. Specifically, the IIA stated that many organizations will rely on dedicated teams of skilled personnel to handle big data, rather than individual data scientists. Also, businesses may begin relying on automated processes as much as human judgment when dealing with analytics.

Location to play a major role
The phrase “location, location, location” may be something of a cliché, but it does apply to many things, and as some firms have recently reported, analytics may well be one of them in 2014.

In IBM’s recent IBM 5 in 5 report on technologies expected to have a major role in the near future, the computing giant cited city-based analytics as incredibly important. More specifically, municipal departments charged with running major cities’ day-to-day processes are going to rely more on big data and analytics than ever before.

Similarly, in a Frost and Sullivan report, the market research firm stated that location-based applications and services, which have already gained considerable prominence, will only become more important in the years to come. Companies can derive a great deal of valuable data from such sources, and would be wise to consider utilizing them in their analytics initiatives.