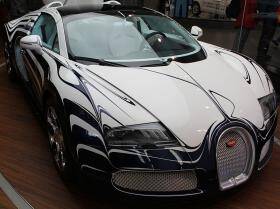 There is a lot of hype and hysteria about the smart meters the electrical companies have been rolling out. However, there is a very real problem and not a lot of people know about it and the power companies have done their best to keep it quiet. My vendor is Southern California Edison (SCE), which I will refer to throughout this article as a generic reference to all the power companies rolling out smart meters.

To set this up, I had a friend who was telling me how the smart meters would fry your brain, cause cancer, etc., so in the interest of calming her, I did some research and found that they work on the same frequency as items like baby monitors and cordless phones, so no problem there, however….

At the same time as I was researching this, I had started having a problem with all my wireless devices in my house, laptops, iphones, android phones, tablets, etc., they kept losing their wireless connection and I’d have to turn them off and turn them back on again (the WiFi, not the device). In my research I saw other people complain of the same thing, so I had SCE come out with a manager, an electrical engineer and a smart meter expert. We stood by the meter with an android phone and an iPhone, neither could connect to the WiFi. They unplugged the meter and both could now connect to WiFi, I said “that seems to indicate a problem” and the smartmeter expert said “that doesn’t prove anything”, so they plugged it back in, and both devices lost connectivity, again the smartmeter expert said it proved nothing. They left, and I was not satisfied. 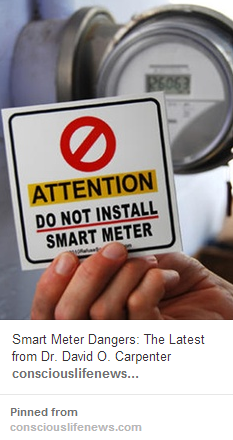 A couple days later the manager who had been to my house, calls me, off hours, from a personal phone, and tells me he’s been doing some research and there is in fact a problem with the devices, but SCE refused to acknowledge it publicly because it was a massive problem for them. He told me there are two wireless devices in the unit, one “phones home” once or twice an hour, this one is not the problem. The other is a Zigbee device, and it pings off about every 30 seconds. Think of the Zigbee as kind of super bluetooth. These smart meters work as a mesh network, they beam data to each other around the neighborhood till the get to the transmitter meter that sends it off over the cellular network, the house with the giant smart meter is the transmitter.

Now, think of the WiFi and zigbee signals as notes on a piano, Wi Fi is the white keys and zigbee is the black keys. Each note is a “channel”, so while you might not be on the same channel, it is close enough that it causes disruption. By default most home WiFi routers are 2.4ghz and on channel 6 or 9. To confirm network frequency you can open your default router settings panel which is typically something like 192.168.1.1. If you are on 5ghz, then you won’t have a problem, but 5ghz has less range. The zigbee stomps all over channel 6 in particular. Basically, if you change the channel on your WiFi router to 1 or 11, it moves the signal out of the way of the zigbee and pretty much clears up the problem, not totally, but it is significantly better.

I have a nifty app for my android phone called “WiFi analyzer” and it will show you all the WiFi signals it is picking up, their strength and channel. Even the customer support people at SCE don’t know about this, I’ve explained it to a few and every one of them commented about how they’d started having this problem and realized it was the same time the smart meter went in. This is an easy fix, but you need to know how to get in to your router settings from your web browser.

Much More Than a Conspiracy

This problem however is broader than an inconvenience, and this is why the power companies are probably trying to hide this, but much like GM hiding the ignition switch problem over the expense to a replace a $1 part and hoping no one will notice they knew about it, they are hoping no one will die. How could you die you might ask? Many people are now using VoIP (voice over IP) phones that rely on a WiFi connection. From Vonage, to Skype, to Oomla, or even just doing WiFi calling from your cell phone, instead of using the network, to keep your costs down. What if you have an emergency and call 911 but you can’t get through because your WiFi keeps disconnecting? That’s how you could possibly die from this. Sure, it’s a bit sensationalist, but it is a real possibility.

There was enough outcry over the conspiracy theories of brain damage from the radiation that the power companies relented and would put an old meter out there, but they charged you for the privilege. If you are having a problem, force them to come to your home and demonstrate the problem per the steps I mentioned above. I’m not personally against the idea or the promise of the smart meter, but I don’t like the inconvenience and damage to my expensive electronics. I gave SCE the option to buy me a 5ghz router in compensation, but they refused.