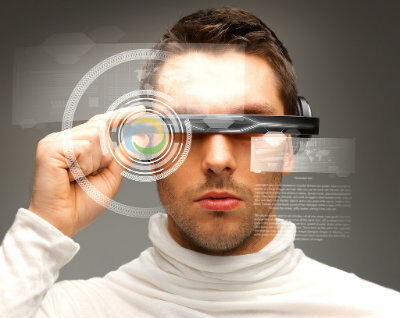 The way many people and companies are talking, wearable technology could very well be the wave of the future, taking consumers worldwide by storm the way smartphones did just a few years ago. Wearable devices have certainly grown in popularity in the past year, as evidenced by the increase in available products.

The way many people and companies are talking, wearable technology could very well be the wave of the future, taking consumers worldwide by storm the way smartphones did just a few years ago. Wearable devices have certainly grown in popularity in the past year, as evidenced by the increase in available products. As fascinating as these devices are, and as intriguing as their future potential is, there is still a sense of caution regarding how widespread they could one day become. Wearable devices offer a lot, but they still possess significant drawbacks that have hindered their proliferation. One of those drawbacks is limited battery life. While having a device that requires charging every 8 to 12 hours sounds normal, when that limitation is set for wearables, they suddenly become less attractive. Solving the limited battery life problem is critical if the industry wants to see wearables truly take off.

It’s not hard to see why this is such a problem for wearable technology. By their very definition, wearables devices are only useful when worn, and that requires them to be relatively small and light. Batteries, on the other hand, can be comparatively heavy and large, particularly if you want a long-lasting one. Smaller batteries need to be recharged more often, and that’s something that simply shouldn’t happen every few hours when it comes to wearables. That’s especially the case for certain wearable devices that serve a vital function, like medical devices for instance. Improving battery life usually comes down to three options: finding easier, more convenient ways to charge the battery, making the devices use less energy, and improving battery technology itself.

Advances have been made in finding ways to charge the batteries used in wearables. Energy harvesting is one area that holds a lot of promise. Technology has been developed where wearable devices can harvest energy from movement, heat, or ambient light. This approach makes perfect sense where wearables are worn directly on the body. It’s also a sound strategy in the case of exercise devices, since the body will be moving anyway. Charging devices wirelessly is also a goal that could be achieved through items like charging pads. Without wires involved, charging the device’s battery suddenly becomes easier. Imagine someone sitting in their office or working on their home computer, all the while their device is being charged simply by being in proximity to a charging base.

Technological improvements within the device could make wearables much more efficient and in turn extend battery life. Wearable makers admit that one of the biggest energy drainers on these devices is GPS, and yet GPS is crucial to many important functions that wearables serve. The goal is to improve GPS performance, making it still work normally while using less energy. This might be done through device pairing, where a wearable could be paired with another device, such as a smartphone, which takes over some of the more energy intensive tasks. Other technical improvements have been made by NASA, where they’ve been able to reduce the amount of power needed to send data from wearable devices. The breakthrough basically reflects wireless signals rather than using transmitters and receivers as components. The result is a microchip that uses 1,000 times less power than what would be used with regular Wi-Fi.

Batteries need to be improved as well, and researchers are working on that in full force. Major advances have been made with such technologies as solid-state batteries, aluminum graphite, and flexible batteries. Some of this progress has led to batteries that can fully charge in minutes while lasting for weeks or even months. While these breakthroughs are still in the development stage, they could soon be used in wearable devices, making them a more viable consumer product.

Most wearable makers will likely use all three approaches to improving the battery life of their devices. It’s clear that many people are interested in what wearables can do or might be able to do someday, but they still need to be sold on the convenience factor. As technological advances are made through better connections, hyperconvergence, solid-state improvements, and innovative ideas, wearable devices will be able to overcome this formidable challenge and become a staple of everyone’s lives, just as smartphones are today.