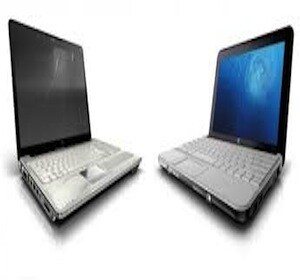 Machine-to-Machine data is likely to increase drastically in the coming years. More and more applications are being equipped with sensors that can monitor and measure many different variables that will create vast amounts of data.

Machine-to-Machine data is likely to increase drastically in the coming years. More and more applications are being equipped with sensors that can monitor and measure many different variables that will create vast amounts of data. M2M data is growing and 71% of companies survey by a ZDNet survey say that M2M is about developing new business opportunities. The same research also showed that currently 29% of those companies surveyed are already using M2M technology or have an M2M project underway. Organisations also have a clear view of what to expect from M2M data: 69% wants to enhance and innovate existing products with M2M data and 48% wants to achieve cost-savings with M2M data. So, many organisations want to move ahead with M2M data, but let’s have a closer look at what exactly M2M data is, what some of the applications are that will drive the growth in data and how certain industries can benefit from it.

M2M data is data derived from sensors attached to machines/products/devices that collect all kinds of data, from GPS coordinates, temperature data to usage data. M2M data literally is data between two or machines and ultimately between machines and people. First the data is exchanged from a remote machine/product/device to back-end IT Infrastructure. From there it can be analysed and turned into information to be used by organisations. M2M data, or sensor data, is part of the Internet of Things, or the Industrial Internet and it will drive us into the brontobytes era.

Smart Cars
Earlier I discussed the self-driving car that is capable of creating 2 Petabytes of M2M data annually, but self-driving cars are still relatively far away before hitting mainstream. Currently however, cars already generate vast amounts of data that can be leveraged and used by different organisations to optimize the driving experience, optimize pricing strategies and drive revenue for manufactures and stakeholders. The connected car of the future will be able to talk to other cars on the road as well as traffic lights and even roads and determine for example the required distance and speed as well as recognize objects and take corresponding actions. In additions, telematics can be used to monitor the health of the car as well as the driving behaviour of the driver. The driver’s performance can be monitored via a black box / app and this information can be returned to the driver as well as the insurance company.

Smart Homes
Smart homes can be said to be one of the biggest potential contributors for M2M data growth in the coming years. As can already be seen from the smart city of Songdo, sensors in cities and houses offer a lot of opportunities and possibilities. There are many different applications possible:

Intelligent windows – Sensors attached to windows can measure the amount of sunshine hitting the window as well as the inside or outside temperature. If necessary the window can darken to let less light flow through to preserve the cold air inside and of course also the other way around. This would reduce the need to heat or cool down the house and thus saves on energy.

Maintenance sensors – sensors within the house can detect when something is wrong and when maintenance is required. For example when a water pipe burst the plumber can be warned instantly and an automatic alert can be send to your smartphone. It could also save on unnecessary high-maintenance if the sensors inform you that the roof is still ok for example.

Robotics
As is with the self-driving cars, which are essentially robots, robots will be a true data generated in the future. They will use a vast amount of sensors to understand their environment and to be able to move around in it. Using intelligent self-learning algorithms the robots can be made self-learning. Especially for robotics, the more data the better as it will provide the robots with valuable information to better operate in a different environments and better perform a certain task. There are many tasks and jobs that can be done a lot better and more efficiently by robots, but that will require intelligent algorithms and massive amounts of data. Examples range from autopilots in airplanes, or even better the self-flying drones, to healthcare robots that help doctors do a better job. All the data created by the robotics can be used to improve the robots in real-time.

Apart from the different applications, M2M data will affect almost any industry. For example the motor insurance industry; they can reduce their risk and losses for insurance if they optimize their pricing based on the individual driving behaviour of a customer. Using telematics in cars, insurance companies can monitor in real-time how someone drives and adjust the monthly fee instantly. Although this could lead to significant privacy issues, it could also help to improve driving skills, as drivers are made aware of the consequences of certain driving behaviour.

In addition, M2M data will become abundant in the logistics industry. From asset tracking, fleet management to transport inventory optimization, M2M data can provide logistic companies with a lot of insights previously unthinkable. Sensors on containers that are capable of monitoring location, temperature, humidity, exceptional movements or shocks, alerts based on pre-defined conditions etc. Saving time and money before, during and after transportation.

There are countless other examples of M2M applications in different industries. Many of the use cases discussed on this platform show companies taking already advantage of the vast possibilities of M2M data. From airplane engines that generate approximately 2,5 billion Terabyte (which equals 2.5 Zettabyte) of data each year to John Deere equipment that uses sensor data to monitor machine optimization, control the growing fleet of farming machines and help farmers make better decisions.

In the coming decade, 40% of all data will come from sensor data and it will unlock a $ 1 trillion global market in 2020 (currently it is a $ 121 billion global market). In the next decade we will reach 1 trillion sensors that will drive the amount of available data far into the brontobytes. Organisations that will be able to harvest all that data correctly will deliver better products that are better suited to the needs of the consumers resulting in better results and outperforming their peers.