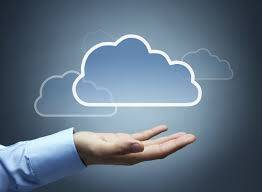 In House vs. Cloud: What’s the Future of IT for Businesses? Google is claiming their Chromebook is for everyone…while not everyone, it is certainly for many

Google’s announcement of new Chromebooks and Chromeboxes last weeek has undoubtedly been eclipsed by Apple’s this week, Microsoft’s Surface RT launch, and Google’s own Android event next. But what you might have missed is one of the most exciting computing capabilities around right now. Google released their 6th Generation Chromebook, this time with an ARM processor and a $250 (yes you read that right) price tag.

Google’s Chromebook is 11.6 inches, possesses a HD quality screen (1368×768 pixels) and a Samsung dual-core Exynos processor. 2GB of RAM and 16GB of local storage are available, as well as 100GB of Cloud storage (for two years). The operating system has been updated to Chrome 23 as well. Google’s Chrome OS has had a somewhate limited value for users, they’ve charged champagne prices for beer (and it was no Miller High Life). However, the change in pricing strategy, jump to ARM processing and increased offline capabilities have completely flipped the switch on the OS and its incarnations.

Google’s Chromebox (think Mac Mini or Nettop) has also be upgraded, with 1 DVI output and 2 DisplayPort options. The Chromebox can drive two 30″ monitors. It also has more RAM and an x86 processor in lieu of the ARM architecture. The $329 price tag offers decent bang for the buck (although it is very possible to find comprable Nettops in the same price range, but the Mac Mini is around double the cost).

The Chrome OS offers a very simple premise – it’s the internet, delivered to you, online and offline. Users can listen to music, surf, create documents and stream their favorite shows, all for the low low price of $250. You aren’t offered a bevy of frills, nor should you expect them, but what you’ll get is Chrome, with the webstore, all the extensions and most of the games. Some users have found that websites need to re-compile code for the ARM processor (most notably Netflix) but you would be remiss to think this wouldn’t happen in the near future. You can also connect to your home desktop for free (a feature I cannot wait to exploit).
I am buying a Chromebook to simplify my lifestyle.

Right now, I’ve been using Chrome as my browser for all of my devices, from the Galaxy Note or Nexus in my pocket, on the Nexus 7, my Transformer Prime and my workstation at home. The instant syncing of both bookmarks and open tabs allow me to access data, well from anywhere, and be plugged into what I need to know. While I love the Transformer Prime, Android just does not allow me to blog and write documents as well as I’d prefer. Rich text editing is a farce, and will continue to be until a new format is found. That said, for simple documents it works, and works well (I’m writing this on a rooftop with the Nexus 7 on the Google Drive application, yet will have to transpose to my workstation for editing and pictures!).

I’m switching to have a device that I can carry everywhere with me (at 2.5 lbs I’m not one to complain about the weight of the Chromebook) yet not lose a single thing from my office (other than the dual 26″ monitors). As someone who rarely photo edits, or well anything else like that, the internet (as accessed through Chrome) is more than enough for my concerns. I’ve also ported all of my music to Google Music (and use Plex Media Server).

This last point will be problematic for some. I do not recommend the Chromebook or Chromebox to be your only computing environment, the inability to install programs such as iTunes and more will be a show stopper for most. But the low cost to entry, the ubiquity of Chrome as a universal browser, and Google’s cloud-centric mindset opens up the Chromebook as a secondary computer of great potential. It fills in nicely where a tablet doesn’t quite fit, but offers none of the costs of a full-fledged laptop.

One place where the Chrome OS can abosolutely shine is in the enterprise. Armed with a Google Account and a network connection, users can access their entire library of internal documents, create content and collaborate. Chromeboxes paired with monitors can be instant workstations, while Chromebooks and hotspots are mobile workstations. Accounts can be provisioned in seconds, and removed just as quickly. At such a low costs, risks of loss and theft are minimized (not to mention the lack of local storage). Google’s multi-factor authentication strengthens the entire ecosystem, whilst offering simple remediation for authorized users.

The Chromebook, while overlooked in the press and news the past few weeks, may well surpass the iPad Mini, the LG Nexus and the Surface RT as the disruptive technology of the quarter. I know I will be jumping into the Chromebook with two feet, and I suggest many of you do the same.