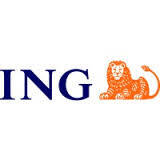 Today there was a lot of rumour in The Netherlands because Dutch Bank ING is considering selling insights from data about spending patterns of its customers to organisations for targeted advertisements of 3rd parties on its own platform. Many organisations, such as the Consumers Association, are against this proof of concept and even the political parties raised questions about what is going on. It is clearly that consumers find it a lot more difficult to see the benefits of Big Data than organisations such as ING Bank.

Big Data offers many possibilities for organisations of any size (SME or large multi-national) and in any industry, but these benefits are not always crystal-clear for the customers of those companies. As we are living in accelerated times, where we all have to learn to understand the power and impact what Big Data entails, organisations that want to develop new Big Data Proof of Concepts should be encouraged. Especially such initiatives as the ING is developing, will help organisations, consumers and lawmakers better understand what we can do with Big Data and how we should protect the consumers in the long run.

Fact is after all that we will not, and should not, stop the technological advances that we are currently experiencing. Even more, we have just started and in the coming decade we will see a lot more initiatives that might scare us at first but might seem not so problematic in the end. Were it not that with previous new technologies we also saw a lot of scepticism among citizens and lawmakers? I have previously talked about that in the 15th century when the printing press was invented, monks viewed easily available books that were unapproved by the church as a threat to their control over learning. Or that in the 18th century the French statesman Malesherbes feared that newspapers would isolate readers. Being scared of new technology and its possibility has been of all times.

In addition to that, the argument that it currently is not allowed by law should not be the main argument not to allow such Proof of Concepts. Lawmakers have always been running behind new technology and it always takes time before new and improved legislation that better matches the new (technological and sociological) reality is approved and in operation.

So, how can organisations ensure that their Proof of Concepts and their Big Data strategies are indeed accepted by their customers? Well, they first should start with paying attention to the four ethical guidelines as I discussed before. Being Transparent about what is done with the data, while keeping it Simple so even digital immigrants understand what is being said, while ensuring the Security of the data and making Privacy part of the DNA of the company culture. This will ensure that Proof of Concepts and Big Data Strategies that are created do take into account the rights of the customer.

Next to that, the communication of such a Proof of Concept and/or Big Data Strategy is extremely important for organisations. Of course, this will take up a lot of time, discussions, presentations and explanations but it will pay out in the long run when customers understand why what is done with their data.

So, creating a Big Data Strategy is difficult for organisations, and ensuring that your customers clearly understand why you are doing what you are doing is even more difficult. Not doing it correctly will definitely impact your strategy, but it should not stop you from not developing a Big Data strategy at all. After all, times are changing rapidly and we have moved to far ahead to return back to base and back to the years of privacy and living anonymously.