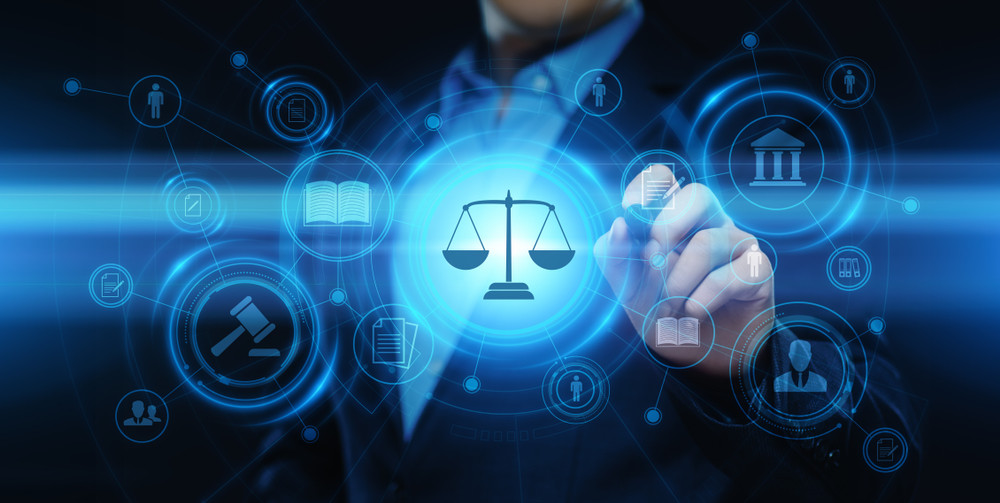 In this writing, readers will get to know in what way AI might replace the key procedures in the judicial system around the world. Additionally, you will get informed in detail concerning the following issues:

Well, if you wish to discover the role of AI in the judicial system and check a few quite controversial but innovative opinions on the above-mentioned subjects, you should start reading this article immediately!

The majority of experts in AI development report that in the future AI will become a decent substitution for human jobs. However, should AI fully replace judges and legal officers? Here, we are going to clarify where AI is implemented in the judicial systems of such high-developed countries as the US and China.

It is a fact that advanced AI-based algorithms are successfully practiced in some judicial systems in the world. Let’s get sure of that on the example of the US.

In a number of the American states, they involve predictive algorithms that assist in minimizing the load on the judicial structure. The point is that the American courtrooms have faced government pressure to reduce prison quantity but avoiding risks in crime rising. So, courtrooms around the US have started to use automated tools with the target to shuffle defendants inside the legal structure as safely as possible.

To make the above-mentioned reality, U.S. Police Departments are taking advantage of predictive algorithms. They help to create strategies regarding the areas to expand their forces most efficiently. Specifically, they apply the examination of historical crime statistics and face-recognition technology to improve staff effectiveness.

Feeling intrigued by the article to the extent that you desire to hire a team to develop some AI-based solutions for your business? It is time to check the Engre marketplace. This is a perfect place where all the industries find talented teams to make the trickiest idea come true.

Well, let’s come back to the topic of the article now.

The US judicial service is currently using such an AI-based solution as risk assessment algorithms. The last helps to manage post-arrest cases. For instance, the algorithms monitor and analyze in detail a defendant’s profile to deliver a recidivism score. This evaluation number predicts the chances that a defendant will re-offend. Furthermore, referring to that score, a judge makes a decision on the kind of rehabilitation services a certain defendant should follow. The score also influences the decision whether a defendant should be jailed before trial and the severity level of the sentence.

In case the algorithm suggests the low score, a defendant may expect a kinder sentence.

According to the judicial system in China, AI should literally become the judge. The digital AI-powered judge will operate via intelligent synthesizing applications of speech and images. The AI-based judge will “work” in the context of a virtual litigation service center introduced by the city of Beijing.

The judge looks like an artificial female. The most exciting thing is that judge’s voice, facial expressions, body, and movements are identical to an existing living judge in the judicial service in Beijing. They want to make her responsible for such repetitive casework as litigation reception and online guidance. She will not deal with the final judgment, anyway.

The Beijing Internet Court hopes that the tandem of the AI judge and the online court will contribute to the court services availability for a greater number of Beijing’s citizens.

Well, it is not easy to provide an answer to the question. AI can make a few kinds of legal decisions. However, this doesn’t mean it is a nice option. Why is that so?

As a rule, predictive algorithms and other AI systems that are based on machine learning apply already existing historical data sets. It depends strictly on the type and quality of data received.

The key use of AI, as well as big data, is to figure out interrelations or obvious interdependency within data sets. Such a thing might cause false positives when dealing with crime data. Additionally, this will not be helpful to discover the underlying causes of crime.

A bright example is considered the interrelation between low income and a person’s liability to crime. Poverty is not obligatory an immediate cause of felony misconduct. But, financial problems may be an indirect cause as they develop conditions that make villainy more likely.

In case they don’t handle correlation mistakes correctly, AI-based judgment or decision will escalate into a never-ending cycle of imposing penalties. The last may be either overly severe or overly lenient.

To support the opinion that AI may bring benefits to decision making, the studies from 2017 reveal the following. AI may be much more precise and fast at detecting potential legal cases than humans. This supports the idea to apply AI at least at analyzing legal precedent or playing legal support roles.

Can AI Substitute the Staff in the Judicial System?

Earlier we have discussed that AI algorithms are being used in certain countries to perform a number of clerical and info collecting tasks in court structures. In other words, AI carries out a kind of legwork to support lawyers and judges.

Still, the main question to be answered here sounds like “Could AI be ever used to fully replace human beings in the judicial system?” Let’s study out the thing reviewing the following info!

Sticklers for “AI will replace judges” opinion mention that AI might be able to eliminate any bias connected with the judgment-making procedure. According to that, all the verdicts should be built exclusively on the existing legal precedent/facts in hand. Well, that thing is expected to be the typical behavior for human judges. Here, we shouldn’t forget about the imperfection of human nature.

Any person is vulnerable to unconscious bias and incomplete knowledge (even for the best of reasons).

That is why you shouldn’t think that if they pronounce the word “law” it automatically means “simple.” “Fine” and “evil” demeanor is never black and white. It is, as a rule, highly nuanced.

One of the key responsibilities conferred upon judges is making decisions in terms of the offender’s punishment post-conviction. Note that those decisions vary from small forfeit to such radical things as long-term imprisonment. Don’t forget about such a thing as the death penalty as well!

Judges make all sentence decisions taking into account a number of sentencing guidelines which depend on the aspects like the crime severity, its influence on the victims, previous conviction, and the offender’s inclination to re-offending. Nowadays, that is the area where judges appeal to AI/predictive algorithms to receive support in the decision-making process.

Surely, judges may fully ignore AI recommendations if they suspect the verdict reached by AI is proved to be wrong. But the option might not be possible if human judges were entirely removed from the procedure.

AI Judges: a Subject to Being Biased?

The greatest advantage of using AI to select punishment is that algorithms don’t have any bias. This factor might make AI the ideal legal decision-maker because the verdict would be based on evidence rather than subjective. The last is usually the prerogative of human judges. That looks wonderful, agree? Unfortunately, it is not that simple!

In this regard, AI algorithms are not flawless because they require to initially be coded by humans. The thing contributes to unintended bias right from the very start. AI algorithms can even study and fabricate bias from their human analogs and the data they have been practiced earlier. Could algorithms ever be able to get rid of that?

One more problem rises here. Who will supervise AI-based judges? Will it be possible that their decision-making procedures to be postponed for another date? Will the verdicts of judges prevail over those reached by their AI counterparts, or vice versa?

It seems that nowadays we have more questions than answers to them. It is still unclear regarding the role that will perfectly fit AI algorithms in the judicial system and the ways governments will select to monitor that.

To sum up the above-mentioned, let’s ask the question “Can AI replace the staff in the judicial system?” one more time. Now, the answer sounds like both “sure” and “never.”

When we answer “sure”, it presupposes the advisory or supportive roles of AI and other algorithms in the judicial system. AI-based judges will evaluate the chances of re-offending and gather evidence. Here, a few “easy” functions are meant.

For example, nowadays, at the largest court in the world, i.e. the Superior Court of Los Angeles Country in California, Gina the Avatar supports citizens in managing their traffic citations. Gina talks five (!) languages and assists around seven thousand clients per month. Well, Gina is not the AI-based figure to the core but she has built a foundation for more advanced automation.

When we answer “never,” it means AI and algorithms will never get involved in making sentencing decisions and final judgments. 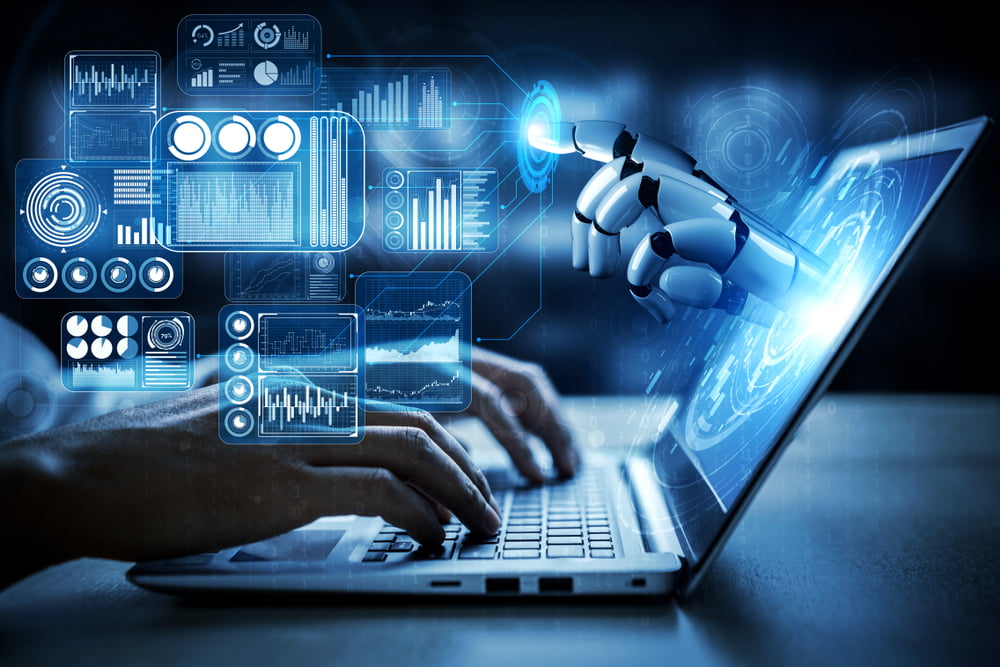