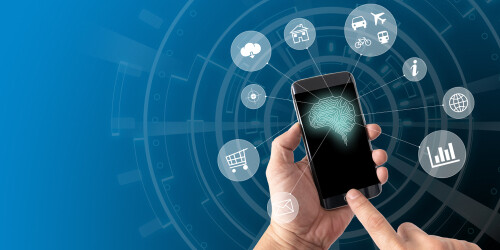 While I was in undergraduate student studying engineering, I had to take a class on literature and communications of science and technology. This class delved into a number of trends impacting the realm of technology. One of them that came up on multiple class discussions was the rapid changes wrought by advances in artificial intelligence. At the time, it was believed that AI was one of the most influential changes in the world. YND Software House has discussed some of the benefits of AI in a recent interview with us. The excitement over the benefits of artificial intelligence has not waned in recent years. If anything, there is more interest in it than ever before. The question is how valuable it has actually been for the software development profession. Some technology pundits have raised concerns that an overemphasis in AI is harmful. They warn that it could be a bubble that could burst.

This question almost sounds blasphemous coming from somebody that has dedicated the last several years to writing about developments in big data and artificial intelligence. Unfortunately, it is a question that definitely needs to be asked. The unfortunate reality is that AI has started to become a bit of a bubble. Countless software developers are investing substantial resources into it, with little direction and obscure goals. One study by Inshorts made a startling discovery. Punit Soni, the former chief product officer for Flipkart, summarized this statistic in a tweet. He stated that his company uses very little artificial intelligence in their applications. They found that relying less on arbitrary algorithms has given them an edge against competitors. Other companies might not want to take things to the same extreme. However, Soni still raises a very valid point. If nine out of 10 companies are investing in AI without utilizing it to any useful end, then they might as well pull back from it.

What software developers need to consider when investing in artificial intelligence

Artificial intelligence can be highly valuable for many software developers. The problem is that too many developers are mesmerized by the potential of AI but fail to come up with a sensible game plan. Tristan Greene alludes to this issue in his article at The Next Web. Here are some things that they need to keep in mind.

I still remember reading how to develop simple AI algorithms for video games in C++ when I was in high school. At the time, the types of artificial intelligence models that I was reading about were relatively straightforward. I knew exactly what types of applications I was trying to develop and the assumptions that went into them were pretty cut and dry. However, reality is obviously not a video game. Developing real life simulations built on AI gets much murkier. You need to make certain assumptions when developing your algorithms, which might break down when the application is put into practice. A serious mistake that many developers make is believing that introducing more variables into their artificial intelligence models leads to higher quality outputs. This is only half true. Those additional variables only add value to the simulation if their relationship with the environment is well understood. Too many developers try to create overly complicated models without appreciating the ambiguity of the variables. They often make poorly founded assumptions about the role that those variables will play while trying to replicate reality. Developers can ruin what would otherwise be a high-quality AI application. It would be better if it was limited to variables that had much clearer relationships to the environment that it is modeling. Machine learning is able to help with this process. It can make insightful observations about the relationship between data sets that human developers would otherwise miss. Rather than building those assumptions into the model when it is first constructed, it is best to insert machine learning algorithms and give them autonomy to adapt as correlations become clearer.

Artificial Intelligence is Invaluable, but Must Be Utilized Prudently

Artificial intelligence can be extremely useful in many software development applications. The problem is that too many developers lose sight of the bigger picture. They neglect to consider the objectives they have in mind and make poorly founded assumptions that end up ruining their models.