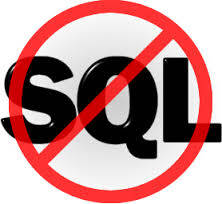 NoSQL Vs. RDBMS for Interactive Analytics: Leveraging the Right and Left Brain of Data

Super Bowl 12 is now in the record books and we’re beginning to wind down our own tracking and analysis of game day ads. We’re tallying the final results and capturing the final data to keep the data as pure and as reflective of viewer perception. If we were to continue tracking social media conversations, we would soon see media reactions begin to influence the ranking.

Super Bowl 12 is now in the record books and we’re beginning to wind down our own tracking and analysis of game day ads. We’re tallying the final results and capturing the final data to keep the data as pure and as reflective of viewer perception. If we were to continue tracking social media conversations, we would soon see media reactions begin to influence the ranking. And really the purpose of the Brand Tracker was to capture the social media value of an ad, how an ad influenced the intentions and perceptions of the engaged consumers.

Justin Wyman, our Director of Solutions, said “Indicators, like purchase language, are great ways to measure brand value. If an organization relies on buzz or volume, they may be misled into thinking their ad has had a positive impact when, in fact, it may have had just the opposite. You want to be able to correlate to business outcomes and that’s the point of the Brand Trackers, to provide a meaningful understanding of brand value based on perception.”

Just to recap, the CNBC/CI Super Sunday Ad Tracker monitored conversations from across the publicly available social media landscape. That means we captured conversations from Twitter, Facebook, blogs, YouTube, Message Boards, etc. We then ranked each brand based on our Engaged Consumers value. We arrive at this value by adding up all of the positive indicators and subtracting out the negatives. Engaged Consumers is the best metric to determine “winners and losers” because it reflects which ads rated most positively with consumers. This is different than simply ranking an ad based on volume; the Engagement Metrics are based on a model that scores language to extract consumer expressions of intentions and perceptions.

And the Post-Super Bowl Winners Are

You can check out the Ad Tracker to view the actual percentages and read some of the verbatims (customer conversations).

Chevrolet really exemplified the impact that  Super Bowl ads continue to have on consumer perception even after the game. They had a strong, immediate reaction which continued and grew so that two-days post-Super Bowl,  the Chevrolet brand jumped to number #2  on the Engaged Consumer list and #1 on our Total Buzz list.

Remember these individual engagement metrics influence the ranking of the Engaged Consumer list.

(Note: Every 1% of difference equates to 1 person in every 100 that expresses the following specific intentions across approximately 1.5 million posts over a 3 day period.)

Chevrolet started and finished strong in the Purchase Language category maintaining an impressive lead (11% above 2nd place even two days after the Super Bowl).

What has been interesting to watch is the influence of Karl Rove’s comment about the Chrysler ad on both the Purchasing Language and Offensive indicators. The conversation surrounding Rove’s comment really pushed Chrysler up the rankings. But keep in mind the surge in conversation was related to viewers being “offended that Rove was offended” so much of the offensive conversation was not directly related to the ad. The Chrysler’s ad continued to resonate positively and emotionally with the audience as seen by the continued rise in Purchase Language.

And That’s The Way It Is

We had great fun watching the ads and tracking viewer reaction. Thanks for reading!

Observing the Benefits of Data Analytics with Beverage and Food Labeling