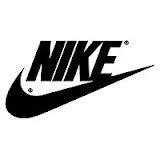 How Nike is Using Data to Help Save the Planet

For many years, eCommerce took a mass market, broad strokes approach. Marketers would throw idea after idea against the wall, just to see what would stick. Black hat SEO teams would abuse meta tags, keyword stuff by using white text on a white background, and generally try to game the search engines that were bringing them traffic. More “uniques” contributed to your eEgo, and all levels of the organization focused obsessively on traffic numbers.

For many years, eCommerce took a mass market, broad strokes approach. Marketers would throw idea after idea against the wall, just to see what would stick. Black hat SEO teams would abuse meta tags, keyword stuff by using white text on a white background, and generally try to game the search engines that were bringing them traffic. More “uniques” contributed to your eEgo, and all levels of the organization focused obsessively on traffic numbers.

In short, internet marketing was taking a telemarketing approach. Conversion percentages were low, but if you called (or served) enough people, eventually you would make a sale. With the ever expanding internet frontier, combined with relatively few businesses selling in the online space, this dragnet or mass-market approach seemed like the best way to go.

Then things changed. Not only did search engines begin to smack down the black hat SEO practices, but the online marketplace became just as crowded as brick-and-mortar. Shortly thereafter, online quickly surpassed brick-and-mortar as the costs of maintaining a digital storefront are significantly lower than even a single physical location. And thanks to the world-shrinking nature of the digital domain, businesses now faced stiff competition from relative no-names half a world away.

Business Intelligence began to transition away from the raw “visits” data, delving into more sophisticated metrics like CPC, Keywords, and Impressions. The available toolset expanded, with seemingly every consulting agency publishing their very own SEO guide. Landing Page and Keyword assessment tools began cropping up left and right, and “examining your funnel for leaks” became more than something you did before a university kegger.

The adoption curve for all of these new metrics was relatively flat. Business people understand fractions and ratios, and metrics provide easy ways to measure the performance not only of your website, but also of the staff you hire to manage and market your website. Everything is neat, tidy, and fits nicely on a dashboard.

However, these formerly “advanced” analytics and marketing practices are being adopted by the masses, and I’ve no doubt that “SEO for Dummies” can be found on many digital marketing bookshelves. The next frontier of web marketing focuses less on the macro and more on the micro, and while the masses bring themselves up to speed on the “advanced” analytics, industry leaders are taking things a step further.

The entire purpose of a website, the only reason that a company has a digital presence, is to meet the needs of their customer. Be it a product, a service or simply content (i.e. Wikipedia), customers visit websites to have their needs met. The next major metric for business to measure online success has to be Needs Fulfillment.

Current business intelligence doesn’t do very well at measuring this. You can figure out where they came from, how many pages they viewed and how they interacted with your site… but you can only infer the motivation (the “why”) behind their visit.  The only way to get at Needs Fulfillment is to ask.

It is here many businesses shy away from measuring. The second you start asking people for their feedback, you get away from the comfortable realm of facts and figures. Verbatim feedback doesn’t easily fit on a dashboard, and too often requires a significant investment in manpower or hardware/software. Businesses see it as “soft science”, or simply too complicated.

What is just seeping into the collective consciousness is something that the thought leaders have known for a few years now – Needs Fulfillment is directly linked to Loyalty. Put plainly… why would anyone go to a competitor when their needs are being met on your site?

The future of business intelligence is not one of action, but of thought and feeling. The company that is best able to understand the thoughts and address the feelings of their target audience will be the one that is best positioned to succeed in their specific domain. Dashboards won’t ever go away, but I think that you’d be surprised as to how they’ll change as the importance of Needs Fulfillment spreads from the thought leaders to the web at large.