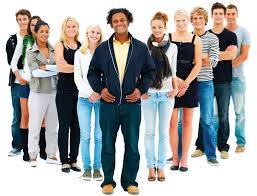 The Circle of Trust: Why We Should All Think Like Millennials

Every organization today has the potential to achieve new business success using breakthrough Big Data insights. This golden opportunity was actually predicted back in 1998* by Peter Drucker, the father of modern business management.

Peter Drucker correctly foresaw that the next business revolution would redefine the very meaning and purpose of information. And while he did not refer to “Big Data” by that name, he also clearly envisioned the power of big data variety, stating that leveraging diverse information sources would be critical to achieving new business success.

We are in the midst of the Big Data information revolution today, but how did we get here? Back in 1950, the computer was the new “miracle” that Drucker and his colleagues expected would revolutionize business strategy and decision-making for top management. “We could not have been more wrong,” Drucker later wrote. Instead, computers and information technology revolutionized operational tasks – particularly accounting – with “near-zero impact on the management of business itself.”

Managing operational tasks has remained the primary focus of IT over the last five decades since. As a result, said Drucker, modern day IT can efficiently manage a company’s worldwide manufacturing and service operations, but has had far less impact on such decisions as what markets to enter or what existing or new products to offer. Peter Drucker foresaw that this was all about to change:

For top management, information technology [since 1950] has been a producer of data [for operational tasks]… Business success is based on something totally different: the creation of value and wealth.

This requires risk-taking decisions… on business strategy, on abandoning the old and innovating the new… the balance between the short term and the long term… between immediate profitability and market share.  These decisions are the true top management tasks.

And in one enterprise after another, [business leaders] have begun to ask, “What information concepts do we need for our tasks?”

Drucker went on to suggest some answers to this key question, which sounds remarkably similar to today’s growing calls to focus Big Data initiatives on enabling Big Data variety:

[We have been] working with Attivio since 2008. [Attivio’s] unstructured JOIN capability opens amazing possibilities. We are now building an information warehouse for an organization with many thousands of dedicated information researchers. This warehouse will integrate more than ten structured and unstructured systems into a single query screen that can combine any information type. This system will contain hundreds of millions of documents and structured records.

The relational SQL paradigm is so deep in our thinking, that we “see” information in terms of tables and columns. Once I stopped thinking in tables and started thinking in flexible documents and [Attivio’s ad hoc JOIN] capability, information silos [simply became] integrated.

– Tzahi Jakubovitz, Intelligence and Knowledge Management Systems Architect, Ness Technologies
The new information revolution Peter Drucker envisioned is today’s Big Data reality. Some organizations will ignore it, allowing their information technology to stick to its knitting of operational tasks – and will ultimately fail. Others will recklessly throw resources at Big Data as a technology problem to solve, and will be constantly frustrated by poor results.
And then there will be organizations – hopefully yours – that successfully seize today’s Big Data golden opportunity as Drucker envisoned.
*) All direct quotes from The Next Information Revolution by Peter Drucker, published in Forbes ASAP (24 August 1998; emphasis added).
Original article
0 Shares
Share on Facebook Share on Twitter Share on Pinterest Share on Linkedin
Mike_Urbonas December 4, 2013