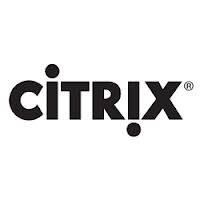 Why Is Citrix Becoming So Popular?

The aaS model is much more than just a change in how software is paid for. It’s about taking the real total cost of ownership and converting that to a predictable expense, with a highly predictable outcome. It’s about delivering products that evolve and add continual value, versus projects that miss their mark and never meet the needs they were intended to address. This is a very different approach than what the IT industry has historically embraced

Today, designed obsolescence is a fundamental component of every hardware manufacturer’s strategy in every sector. Traditional, on-premise software is the same. Both are designed to require on-going support, parts, and maintenance, and at some point the manufacturer says to every customer, “you have to upgrade.” This approach is integral to the business objectives of all of these technology suppliers. Their financial objectives require that every customer has to do an upgrade every 3-5 years. I would be interested to know how much of the average organizational IT budget is spent every year “doing it again” – replacing a legacy system (that still works well enough) with a new and “improved” version because some vendor in the architecture cannot or will not support some component anymore.