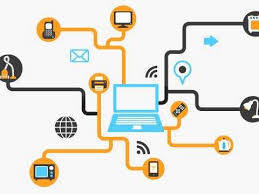 Things Interrupting the Internet of Things

This is part two in a multi-part series on how Intuit is implementing Enterprise 2.0 within their organization. Part one covered the business drivers of Enterprise 2.0 and today we’re going to look at where the push for E2.0 came from as well as obstacles that had to be overcome via change management.

The push for Enterprise 2.0 came from the bottom up and started at either the project or at the department level.  When little E2.0 pockets started to hit critical mass then senior level leadership came on board to support the efforts.  Scott Cook (founder and CEO) even started his own blog in late 2006 and I’m told he still blogs!

As with every other company that is implementing E2.0, Intuit was also faced with its own internal challenges.  For one thing the internal WordPress blogs got far too big for the Ilab team to manage (which was a group of around 12 employees tasked with helping other teams do divergent thinking and in-depth- customer research on various projects) and were thus forced to shift over this control to the IT department for them to take it on as a part of their infrastructure.

As a result of shifting this blog ownership to IT it now took around a month of discussions with IT for Tad (product manager of Brainstorm) to make a simple WordPress blog go live, something  that usually takes no more than a few minutes; of course this was a bit tough and disappointing.  Intuit is also using Lotus connections which has its own blogging capabilities along with rich profiles, and social bookmarking.  The blogging piece of Lotus connections has really taken off but the rich profiles and social bookmarking…not so much.  Using Lotus connections (or Join In as it’s called at Intuit) you can create a blog much quicker than you can with WordPress (since there is a delay in working with IT).  The problem is that with Lotus employees get minimal flexibility, customization, and feature sets.  At Intuit employees who have WordPress blogs are considered to be more serious bloggers whereas Lotus blogs are now usually reserved for small teams and/or projects.

As mentioned earlier, innovation was really crucial for Intuit and the organization needed a way to move information quicker across information silos while connecting the right people together across the organization.  There was a strong need and desire for speed, accuracy, and reliability.  One of the common challenges that organizations are faced with is trying to figure out if they are moving in the right direction with their E2.0 efforts before committing to invest more time and money.  Intuit was able to determine they were on the right track through rapid validation and prototyping around user experiences so that feedback and information was quickly implemented and tested.  Intuit rewarded and celebrated behaviors that they wanted to see in their employees to further help encourage use and adoption.  Instead of celebrating financial returns all the time Intuit would acknowledge things such as project milestones, for example, “department A went from idea to conception and achieved their milestone in X months.”  Implementing a reputation and rewards system was also crucial but mainly in the form of peer and senior level management recognition (as opposed to giving away gift cards).

Intuit had to overcome several obstacles specifically around innovation.  There was a lot of dependency on the central technology group to make things happen.  The process to get things done was slow moving and good/best practices were not being followed.  The technology group eventually became too large and communication slowed down dramatically.  The entire company began to believe that “we can’t get things done quickly and things are just too slow.”  People couldn’t stand up new stacks in the data center without waiting months.  There was just no efficient way to: get approval from security/legal, use the right/cheap technology to pilot new ideas, quickly grab a few customers to learn from, dabble in areas of interest that were off management’s radar, or to get an idea in front of the right people.  The mindset was much more focused on proving something instead of identifying the right big idea or hypotheses and structuring a rapid experiment to validate whether things were moving in the right direction.

Clearly this had to change…