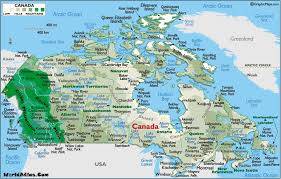 I mentioned that crowdfunding was a good way to get initial market validation as well as obtain some capital so that your hardware startup can build some product.

I mentioned that crowdfunding was a good way to get initial market validation as well as obtain some capital so that your hardware startup can build some product.

Is Seed Investment a Better Way?

If you think you may be able to raise somewhere between $100k – $1M in crowdfunding, you start hitting the amounts that you could similarly raise from seed investors. Seed investors are closer to traditional venture capitalists, in that they are primarily investing in the founding team, in addition to looking closely at the market potential and the business model. They are also interested in seeing the team develop something that will turn into a viable business one day. Most seed investors will take an equity stake – as a result they have a vested interested in seeing you succeed and will offer advice and connections in order to help you out.

In comparison, one of the best things that a successful crowdfunding campaign gives your startup is high visibility marketing. According to its stats, Kickstarter has 5.5M backers on its site – not all of them are backing hardware projects, but it’s a large number of potential customers that you can tap, not to mention the media attention that hugely successful campaigns (like Pebble) attract. A successful campaign helps you raise the funding you need to build your product (minus crowdfunding platform fees), without losing equity to a set of investors.

So, you get funding, don’t lose equity and are not beholden to investors. This is great – what could go wrong? Well, once you’ve finished with a successful campaign, you can’t really pivot on the product, and you have to deliver. The thing about successful crowdfunding campaigns is that backers tend to buy interesting products even though the crowdfunding sites are not intended to be stores.

While many of the backers do tend to be early adopters who may be more forgiving when your product doesn’t quite live up to the quality they are hoping for, many can be very demanding. Unlike getting seed funding, where you may have only a handful of investors to report back to, with crowdfunding you may have hundreds (or thousands) of people to answer to, especially if they are upset that you haven’t shipped the product when you said you would. Many times, especially in the earlier crowdfunding campaigns in the hardware space, startups underestimate how much it costs and long it will take to get a product to market, and end up getting angry emails from backers.

The Wisdom – and Criteria – of Crowds

Several weeks ago, I got an email from a backer of one of the crowdfunded startups in our portfolio asking whether we were indeed working with the startup and if manufacturing had started yet. The product was delayed, and the person was looking for information. The main downside that I see to crowdfunding is that the backers don’t care if you have a viable business model or if you have the expertise or funding to actually build the product. They want the product that they paid for, and they want it when you’ve promised it to them. And, if your product is delayed, they want reassurance that you’re doing all that you can to get the product ready.

We see that a lot of startups that have successful crowdfunding campaigns have immense pressure to get a product out as soon as possible, regardless of whether or not the product is manufacturable. Many startups come to us with prototypes that they think are ready for production, but when we do the analysis, they’re not ready yet – it will take months of work to take them from the several prototypes that they have to a full product that’s ready to be produced by the thousands. One of the dangers of crowdfunding is that it can turn a startup’s focus away from building a business to shipping a product right now.

Crowdfunding in the right way can yield successful products and startups that will eventually raise investor funding. But, it’s necessary to keep in mind that for all the wisdom that a crowd can bring, it is possible for that same crowd to turn into an angry mob.