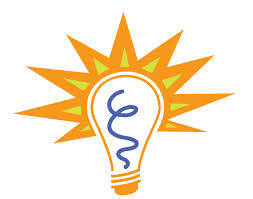 If the federal government wants to use data to “solve problems, improve well-being, and generate economic prosperity” on a national scale, as the White House wrote in a recent report, it must start at the local level.

If the federal government wants to use data to “solve problems, improve well-being, and generate economic prosperity” on a national scale, as the White House wrote in a recent report, it must start at the local level. Cities and states offer fertile soil for data pilot projects, and the knowledge gained from these projects can lead to insights that apply far beyond their origins.

The Pecan Street Project is an Austin-based research program launched in 2010 to demonstrate how data from a range of smart grid technologies, including energy storage technologies, smart irrigation systems, electric vehicle plug-in systems, and home energy management applications, could be used to improve energy efficiency. The 5-year project, which has reached approximately 500 homes in Austin and 400 more in Houston and Dallas, is led by the nonprofit Pecan Street Inc. and includes input from the University of Texas, the National Renewable Energy Laboratory, and the Environmental Defense Fund.

Using extremely granular energy usage data, Pecan Street developed tools to help homeowners reduce their energy usage, such as a home environmental management app in which users can automate and remotely control various energy-using systems in their homes. Pecan Street also made the data available to researchers seeking insight into how people use energy and developing strategies to reduce energy usage. Researchers at the University of Texas Advanced Computing Center have already begun processing nearly a petabyte of data gathered from Pecan Street homes. In a recent report, the nonprofit offered data and analysis on the mix of different devices that use energy in the home during summers, a crucial piece of the puzzle for researchers and utilities working on reducing electricity use during peak summer demand. Pecan Street’s research and the technologies that come out of its pilot program will be applicable across the country for other smart community initiatives and residential energy usage reduction efforts in general. It will contribute crucial data and insights to a national effort to make households more energy efficient.

Austin is not the only city launching interesting data pilot experiments. Chicago’s recently announced “Array of Things” sensor network, for example, will capture a variety of environmental data from air quality to sound levels. The project will contribute to urban design and economic development research efforts, and provide lessons for other cities hoping to implement and scale similar data infrastructure initiatives. In 2011, New York City launched a smart traffic management pilot projectintegrating sensors around 110 city blocks in Manhattan. The system, which has thrived and been expanded since launching, detects when there is a line of cars waiting at a traffic light and sends the data to traffic engineers, who can analyze the data in real-time to decide if they need to adjust traffic light patterns.

Pilot projects are important because they allow best practices to develop in a relatively low-risk environment. They build the foundations for similar initiatives in other areas and can even provide insights for national-scale projects. They can also help demonstrate the feasibility of emerging technologies and techniques, allow contributors to develop expertise in matters of deployment, and help subsequent projects secure funding more easily.

At present, the private sector is funding most of the data-related pilot projects in cities around the United States, such as Microsoft’s Seattle smart buildings initiative, AT&T’s smart home project in Atlanta and Dallas, and Intel‘s San Jose sensor network. But although the federal government has funded some data-related pilot projects like the Pecan Street Project, it does not currently have a program in place to do so on a continuing basis. Because cutting edge research and pilot programs such as these benefit the country as a whole more than any individual state or city, the federal government should be the primary source of funds.

Other countries are already pursuing these opportunities. The U.K. government recently committed £46 million to support Internet of Things startups and projects. The European Commission’s Horizon 2020 research and innovation program budgeted €92 million in 2014 to smart cities research. China’s Internet of Things Special Funding Project supports research and development, including pilot projects, with about $80 million dollars a year.

The U.S. federal government should follow suit, since our cities have much to learn about how to implement these new technologies and that the knowledge can only begin to grow through small-scale experimentation. Until then, the federal government’s stated commitments to realizing the benefits of big data will remain undelivered.