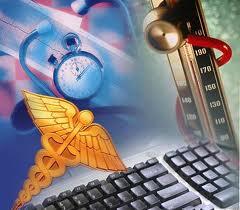 However, how hard it may seem, it is not impossible, as was shown by the Commonwealth Bank of Australia. In the past 5 years they have replaced the entire bank’s core system, moved most of the services into the cloud and developed many apps and innovations that brought the bank at the forefront of innovation.

Legacy systems consist of traditional relational database management systems often on old and slow machines that cannot handle too much data at once. Hence, most of these legacy systems process their data at night and it can take some time to query the data needed. Real-time processing and analysing of data in legacy systems is impossible. We have to look for solutions to continue to use that old data.

One of the solutions how to deal with legacy systems and big data is to replace the entire legacy system of a company. A part from the massive risks involved in such an operation, there are also a lot of costs involved so it is not very likely that many organisations will take up this strategy.

As such, it is important to find ways to have new innovative technologies that allow real-time analysis of various data sets to co-exist with the legacy systems. These systems from the terabyte era still contain valuable (historical) information. There are several ways to keep and use the historical data in the data warehouses:

These solutions will enable analysing both unstructured and structured legacy data within a single integrated architectural framework. Such a platform allows the legacy data to remain within the existing data warehouses and at the same time enable near real-time analyses.

If such a trend continues for a too long time, there is a danger that the legacy system will fail one day, placing the company into a lot of trouble. The later organisations start with replacing these legacy systems, or at least try to make them compatible with big data technologies, the more expensive and difficult it will be.

A less risky but still expensive solution could also be to develop a specific algorithm that can transfer millions of lines of old data into modern distributed file systems. Until all data works correctly in the new distributed file systems, they can both co-exist. A paper by among others Mariano Ceccato, explains how they developed an algorithm to interfere a structured data model from a legacy data system in an attempt to restructure that legacy system into an up-to-data and usable data model.

Real transformative insights can only come when all data is used, including the data from legacy systems with incompatible data formats. Therefore, eventually the data in legacy systems will need to be transferred to massively scalable storage system and thus replacing the critical search, calculation and reporting functions of those legacy systems.

In the end, the ambition for any organisation with legacy systems should be to truly retire these systems, as companies will not be able to support them forever.  If, in the mean time, they simultaneously integrate that legacy data in one platform to produce data aggregation, they can already reap the benefits from historical data to create truly valuable insights.

Finally, I came across below video from EMC, which gives a great explanation of how to deal with legacy systems: