Most enterprises have a digital transformation strategy, but few have completed it 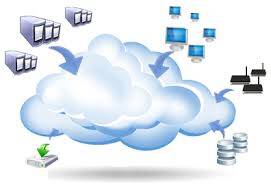 The internet is not the cloud.

The internet is not the cloud.

It seems after years of debate that the term cloud computing is becoming clearer. The confusion of “the cloud” is that it’s an unregulated term and that almost all software vendors and service providers preface their product or service with “cloud.” And because of the extensive use of the term it is quite difficult to differentiate a cloud platform from a cloud provider. I am going to dispel some of the mythology behind cloud provider and cloud computing.

The nirvana of cloud computing would deliver a single platform, with a single user management system, single interface and seamless integration between applications. There is only one good answer to that need and it’s platform as a service (PaaS).
Here is why.
Your PaaS platform might become the last major software migration you require in the future.

The Internet is the connectivity medium that connects devices and servers together. It is certainly not the cloud but an extremely important aspect of a cloud computing solution.

Data centers are not the cloud

Data centers are usually dedicated buildings built to protect the servers and network infrastructure that are hosted within. They are often interconnecting points for telecommunication providers and other hardware and application providers. Data centers are a good location to house servers and networking equipment as they minimise the negative effects of natural disasters by having refined external and internal power systems, as well as often installing climate and fire protection solutions. They are usually physically strong, manned 24 hours and have security systems in place to prevent unauthorised access to the facility.

Virtualisation (hosted by a third party) is not the cloud

The outcome of hosted virtualisation is that your physical, onsite servers are relocated to a third party location on a shared hardware. The server performance is the responsibility of the virtual server provider.  However, the responsibility for the operating system, databases, data backup and ongoing application management remains with the company purchasing the services. The responsibility does not shift to the vendor.

Infrastructure as a service (IaaS) is not the cloud

Providers who offer servers, switches, storage, RAM, operating systems and even some applications such as Microsoft Exchange are not cloud providers even though their marketing usually claims to be.

The reason is that the operating system, databases and applications still require ongoing management and provide users with a different user interface in which to work. All that Infrastructure-as-a-Service does is relocate existing physical servers on site to a third party location. Similarly again, the responsibility for the applications, data management and backup remains with the end customer.

The major problem with all of the above services is that they don’t address the primary problem – different applications running on different operating systems and databases. Each application has a different user interface and a different user management system. When those servers, applications or databases need to communicate with each other, they must do so over API’s. API’s require programming and ongoing maintenance. The performance of the applications they connect will be limited to the speed of data exchange between the servers.

Platform as a service (PaaS) is true cloud computing

The true cloud computing nirvana can only be achieved with Platform-as-a-Service. PaaS is the best environment for running applications without the hassle of maintaining the hardware and software infrastructure. PaaS provides the entire infrastructure needed to develop and run applications over the Internet.

PaaS is driving business innovation and agility. PaaS allows developers to focus on application expertise without the need of managing hardware and software.

Making the step to complete cloud computing via PaaS is where the real efficiency and productivity gains can be made. Your PaaS platform might become the last major software migration you require in the future.