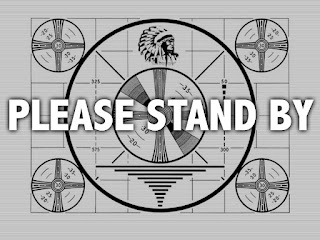 With technology and all, and with everything going mobile, it’s hard to keep up with currents in the video streams. Some platforms were created for user-based postings. Others for access to old and new TV, old and new movies, and anything old or new that the networks could license to video streaming services. Brand Keys only started tracking the category back in 2011. There had been, of course, some sites before that, but not enough of them and not different enough to really measure and compare. And certainly not enough mobile/digital platforms for it to matter to anyone but the really, really, really early adopters.

Back then when it came to streaming TV shows and movies, the majors were Netflix and Hulu (which was, BTW, a joint venture of NBC Universal/Comcast, Fox/News Corp, and ABC/Walt Disney, who apparently wanted to dip a proverbial corporate toe into the video stream). And there was Veoh and Amazon, and, of course, you have to count YouTube if factoring in anything that can be video-streamed. When we ask consumers about which platforms they use for “video streaming,” they always name “YouTube,” even though they’re not paying for it – yet (more about that below). Then, of course, there’s iTunes. And before you go crazy, yes, we’re aware there are a bunch of others. Today if you can’t find something to watch, you’re probably not really trying very hard!

According to our most recent Brand Keys survey, which correlates very highly with consumer visitation and usage, current video streaming-site engagement rankings look like this:

But the course-changes this category has been making are extraordinarily different from the ones that were expected, reminiscent, for those who were there at the introduction of the internet, of when access and e-mail, and a raft of what-you-currently-get-for-free, was being charged for. So fact #1: the video streaming category is getting crowded. And, fact #2, it’s getting more than a little competitive, as media companies are moving into streaming video looking for their own new revenue streams.

Time Warner’s Instant Archive app, for example, provides access to classic TV and movies for consumers willing to fork over $9.99 a month. AMC and CBS have already launched their own apps. Viacom has promised ones for MTV and Comedy Central very soon. Part of all this relates to who has what inventory, with the media companies looking to connect with consumers directly, rather than rent the rights to other streaming services. It raises the question though, as to whether these new network streaming ventures will put a gabillion dollars of advertising and affiliate fees at risk. But all this also means fewer inventories for Netflix, like losing access to a thousand Time Warner titles, including 007 films like “Goldfinger”.

There are rumors about YouTube, #4 on our list, of a plan to let some of their video makers charge a monthly fee for access to their channels. Reports last week were that this might involve dozens of channels. But before you start reviewing your credit card bills, it’s also reported that some will cost less that $2 a month. And while reported to be a subscription for libraries of videos-on-demand and not channels in the traditional TV model, it puts more pressure on the traditional networks to deliver more engaging, cost-effective content.

Now you might think that these eddies in the video stream are causing waves over at Netflix, #1 in our ranking, but, in this case, as the phrase might go, all’s fair in love and war and video streaming. Netflix has had 14 years to become pretty expert at licensing movie and TV content, but their recent moves indicate that they’re looking ahead to become a major player in the content creation arena. With the release of their TV remake of “House of Cards” and their upcoming revival of “Arrested Development,” it positions them not just as licensers of popular TV shows, but as creators/producers of popular content of their own, putting them in direct rivalry with, well, everyone from whom they had previously been licensing.

Netflix’s own, most-recent content creation could be a good launch-spot for their own version of pushing the creative envelope and the promise of what the media world is calling, “premium content.” And also the ability to promise more creative freedom to TV content creators, who perhaps feel manacled by the traditional network system. And as it’s not likely that networks are going to hold on raising licensing costs, content may just be the route for Netflix’s future.

Newton Minow, former-Chairman of the Federal Communications Commission, the guy who once called television a “vast wasteland,” also said, “When TV is good nothing is better. When it’s bad, nothing is worse.” Wonder what he’d say now? But based upon the direction of the current video stream, it appears that consumers will have even more opportunities to decide that for themselves.

AI Technology and Creativity Are Intertwined in Marketing