Stupid Analytics Gets Them Talking 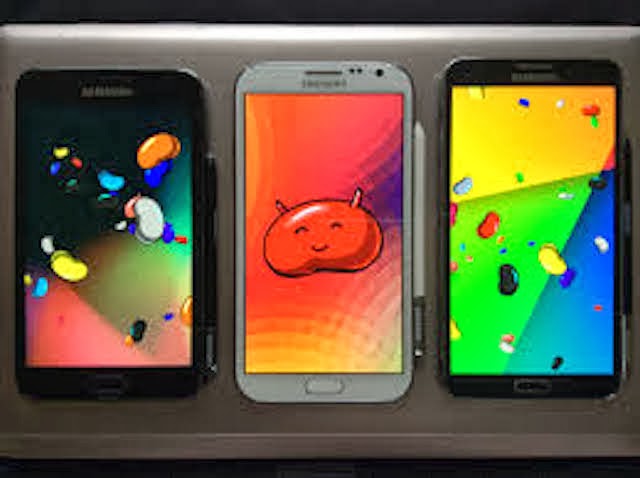 Five years ago, while examining leading-indicator values and expectations in our annual Customer Loyalty Engagement Index in the then-nascent “tablet” category, we noticed that consumer values dealing with tablets and smartphones were blending.
This was back in 2009, and what we saw was that tablet attributes, benefits, and values were combining with one of the basic smartphone attributes, the one that let you make a call. Anyway, back in 2009 we called the fusion of smartphone and tablet technologies a “phablet.” OK, not the most creative of titles, we admit, but at that juncture it really didn’t matter what we called them because there weren’t enough of them to matter or measure. We did, however, mention they might require larger pockets in clothing. Just saying.
But, as regards brands’ desires to measure meaningful consumer values ahead of the competition, it’s worth calling out that some sort of amalgam of the two categories had shown up on the engagement radar screen back then. A little ahead of its time? Maybe. But that’s the nice thing about real loyalty and emotional engagement metrics. They’re leading-indicators, meaning they’re signs of what’s going to happen down the road, and what consumers really want, usually before these values get articulated in focus groups. We did mention this was back in 2009, right?
So, here it is five years later and we were gratified to read in Molly Wood’s New York Times “Machine Learning” column, “. . . despite a somewhat mocking moniker, the ‘phablet’ (phone plus tablet) is here to stay.” BTW, we weren’t mocking the concept when we called it that back in 2009. How customer values in categories shift can have serious repercussions for brands, and it seemed to be pretty self-explanatory. Anyway, Ms. Wood went on to predict that seven and eight-inch phones will replace tablets of the same size. And also that they might require bigger pockets. If only she had emotional engagement assessments the way we did, she might have written her column five years ago.
But corroborating Brand Keys’ initial insights and Ms. Wood’s current opinion piece, the big call by handset makers at this year’s Mobile World Congress in Barcelona, was. . . wait for it. . . bigger smartphones. It’s always nice to have your insights and metrics validated in the real marketplace, and, apparently, the new big thing is a big screen.
Huawei introduced their “MediaPad XI,’ which they are now calling a “phablet.” ZTE introduced a 6-inche model, but they’re calling it the “Grand Memo II.” Samsung introduced their Galaxy S5 (at 5.1 inches). It’s reported Apple is skeptical about the consumer engagement power of phablets, but we’ll see. They’ve been technological leaders, of course, but there are all those iPads out there. Technology is, indeed, driven by corporate innovation, but it’s also driven by consumer expectations. Brands that better meet those expectations always do better in the marketplace than those that can’t – or choose not to.
As it was insights from the Customer Loyalty Engagement Index that initially pointed us at the phablet, we turned to the 2014 results for the Tablet and Smartphone categories and “fused” the consumer assessments for four brands represented in both categories just to see how well they met consumer expectations regarding design and size. Here’s how customers of each brand rated those brands versus an Ideal (100%):
Samsung      95%
Apple            89%
Sony             86%
Google          84%
Keep in mind, that these ratings are how customers see the brands vis à vis phablet values. And, that there are a lot of other brands out there focusing on the phablet, too. So what do you think? Which values will supersede others? Smartphones? Tablets? Something else? Does size really matter? Will consumers call on this new configuration? And here’s one of our own based on our current category engagement metrics, where can I get one?
Four things for sure: First, consumer expectations will continue to grow when it comes to fusing technologies that have previously engaged consumers. Second, predictive loyalty and emotional engagement assessments can help answer questions like the ones cited above in the early stages (We did mention these value shifts showed up five years ago? Imagine what you might do with predictive metrics like that for your brand?). Third, These metrics can be a predictive call-out of non-presumptive innovation. And, finally, you really want those kinds of insights, because it prevents brands from confusing the art of possibility with the art of profitability.
Tags: phones tablets technology
0 Shares
Share on Facebook Share on Twitter Share on Pinterest Share on Linkedin
RobertPassikoff March 6, 2014