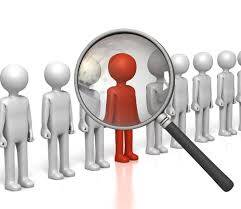 What a change a few decades makes! When first starting my career as an analyst, I had no illusions about what I was getting into. I was choosing a field that most people didn’t enjoy or even understand. I knew I would get to work on neat analytical projects, but realized my role (and those of analysts like me) would always be on the periphery of an organization.

What a change a few decades makes! When first starting my career as an analyst, I had no illusions about what I was getting into. I was choosing a field that most people didn’t enjoy or even understand. I knew I would get to work on neat analytical projects, but realized my role (and those of analysts like me) would always be on the periphery of an organization. Best case, we’d be respected for what we could offer, but would generally provide analysis that somebody else would take credit for. Career paths were a bit ambiguous and limited. In the end, analysis is something I enjoy and felt I would be good at, so I pursued my career with the expectation that I’d just have to deal with the limits placed upon analysts in the workplace.

Who knew that the view of analysts would change so much? I certainly didn’t! For years, like so many other valuable roles in business, analysts were relegated to the business social strata known as “Geeks”. Had I suggested that analytics people were “cool” or “sexy” when I first came out of school, everyone would have laughed. Today, there are regular references to analysts being “cool” and “sexy”…and they are not jokes! What a stunning turn of events this is. It is a rare opportunity to be in a profession that has experienced such a massive change in image, influence, and appeal. While a number of influences were at play here, I believe these changes were primarily driven by the realization of the value of data as an asset and the power the analysis of data has in driving sustainable business success. Analytics professionals are right in the middle of this action. I only wish I could claim I had planned it this way.

We should all embrace the new acceptance and importance that has been put upon our profession. It used to be that analysts would provide input to somebody who would provide input to somebody who would be in the room with a decision maker. Today, analysts are often included directly in the decision making process and can rise to the level of a true decision maker themselves. In many ways, analysts have “arrived” and become an accepted, respected, valued part of business today. We even have Chief Analytics Officers being named and entire organizations have been created, such as the International Institute for Analytics (IIA), that are focused solely on making analytics more a part of everyday life.

At the same time, I think we all need to be cautious about buying too much into the hype in the press. It may feel good to be called cool and sexy, but don’t drink the Kool-Aid too much. Another, newer “shiny object” will come along and excitement may shift, but analysts’ value to the organizations we serve must not. Analytics professionals need to stay focused on providing solid analytics and doing their job. They can’t get sucked into the role of a rock star.

Real rock stars who succeed long term first and foremost make good music and put on a good show. Rock stars who focus on being stars instead of making good music and putting on a good show typically fade away and are forgotten. There have been some “one hit wonders” who were a hot “A-list” star for a short time. Don’t be the Vanilla Ice of analytics in your organization!

Certainly, much of the progress the analytics profession has made is going to stick with us. But, don’t expect analysts to be the newest, coolest member of the “real team” at your organization forever. Someone newer and shinier is going to come along. Eventually, you’re going to have to get back to producing solid analysis and direction for your organization as the way to earn your keep. Enjoy the limelight today for what it is. Just don’t change who you are and what you do.

There was a neat “Blogarama” focused on “The Emerging Role of the Analyst” on October 6th. It was sponsored by the SmartData Collective. While I wasn’t able to post this entry on the official date, I would still like to invite readers to check out other opinions on the topic.