Understanding the Benefits And Risks Of Relying on AI

In this guide, we’ll dive deep into the many ways that Artificial Intelligence can, and in some cases already is, radically transforming the power industry by helping to reduce power grid demands.

Look at Smart Homes and the Internet of Things (IoT)

There are two primary places where AI can revolutionize the way we conserve energy. The first is the customer’s home, office or structure tied into the power grid. The second is the power plant itself. These are broad categories to try and understand – think of all the types of structures that draw power from the grid. And then think about how many individual pieces there are in the power plant infrastructure.

The easiest place to start our dive into AI’s impact on power grid demand is the smart home – something that’s gotten a lot of press and public excitement, but is still really in its infancy. The IoT revolution is introducing a massive number of networked sensors into our homes. These devices can report back to a cloud-based system for monitoring how power is being consumed. Energy companies such as American Power and Gas may benefit from this new technology due to the fact that it actually helps regulate energy consumption in households and businesses. With this, the more-costly switch to renewable energy sources becomes a more viable option for consumers who would otherwise not be able to afford it. 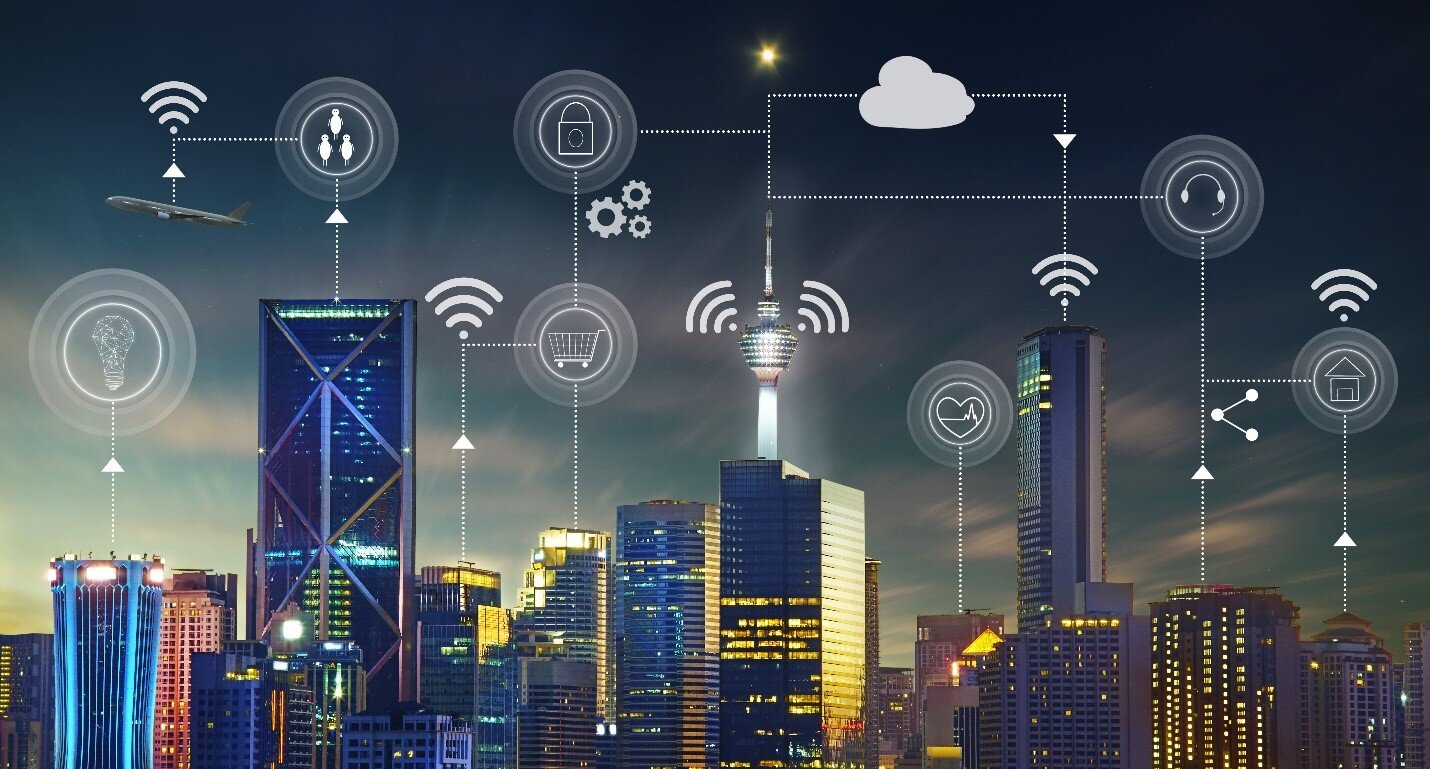 For example, smart thermostats allow homeowners to setup cooling and heating schedules for their climate control system. That’s definitely going to save the grid some unnecessary power consumption. But it gets even better. If you combine a smart thermostat with a security system that has a motion sensor, it’s possible for an AI-enhanced system to figure out which rooms of the home are occupied.

And if motion sensors aren’t the perfect way, you could upgrade to IR sensors that can detect body heat. That way you don’t have to be moving in order for the AI-enhanced home monitoring system to know that you’re in a particular room or section of the home.

All of these sensors create data points. By storing this information in the cloud, creating a big data treasure-trove for your property, AI can perform data analysis to understand historical usage trends. Based on all of the data that’s compiled, the system will be able to forecast future energy needs and find ways to minimize power costs.

Power companies currently have to charge higher peak-usage rates for drawing power from the grid at times when demand is high. Solar panels have become increasingly popular – thanks in no small part to the many government grants available to homeowners. While solar panels help reduce demand on the grid for power needs, it’s unlikely that a single solar roof installation can provide all the power a home needs. Therefore, power is still drawn from the grid. This is especially true at night when the sun goes down.

Batteries can be installed at a home to help store excess energy created by solar panels during low-usage times. The beauty of this is that instead of tapping into the grid while peak-usage rates are in effect, an AI powered grid could do the calculation – taking into account up-to-the-minute power costs – and deploy reserve power from batteries.

In fact, AI could go so far as to perform calculations constantly to decide whether it makes more sense to consume cheap power from the grid, while redirecting all of the solar power to the battery packs. This way more power would be available to minimize the need for power from the grid during peak usage times.

To make this a reality, AI will need to continue advancing – something that is already happening at a lightning pace – and be deployed in more and more homes.

The Smart Grid of the Future

In 2003, the United States experienced the largest blackout in history.  More than 50 million people lost power. This sparked renewed focus by the Department of Energy to create a more modern grid. The initiative eventually came to be known as the “smart grid”.

To support this energy-saving initiative, DOE has invested $4.5 billion since 2010 – installing more than 15 million smart meters. These devices provide important insights into how power is being consumed, and which areas are operating efficiently. In addition, clean-energy companies have launched new initiatives to reward consumers for choosing environmentally friendly fuel sources, and reducing their total energy consumption.

In order for these initiatives to pay off, complex monitoring happens around the clock. Currently the job of monitoring all of these sensor falls to a massive team of data analysts. Artificial Intelligence will free many of these data analysts from the daily drudgery of monitoring power grid usage and efficiency. Instead, they’ll be freed to take on focused projects to help the power grid continue to evolve.

Could Smart Homes Be Reporting Power Usage to the Government?

Imagine if the Department of Energy could supplement their own power plant / smart grid data with power monitoring / load balancing data from the smart home of the future? In many ways this is already happening. Many startups in the IoT space provide the government and other research entities with anonymized, aggregated data on the information their devices are capturing from customers.

The U.S. government is heavily invested in the future of IoT – especially in terms of federal contracts to modernize federal facilities. More than $8.8 billion of taxpayer dollars went to IoT initiatives at the federal level in 2015. A large portion of this was spent on finding ways for IoT devices to be deployed to sensitive government projects without creating a security risk.

Imagine if the entire smart grid could be hamstrung by an enemy of the United States with a few keystrokes. This isn’t science fiction. Ukraine experienced a power grid outage in December of 2016 due to a cyberattack that targeted the industrial communication protocols – giving hackers full control over electrical substations.

In conclusion, there are absolutely security concerns around connecting our entire power system to the internet – one of many reasons that the government has invested so much into securing IoT technology. But the streamlined efficiency and improved power conservation achievable thanks to the Smart Grid and Smart Homes working together is too great to ignore. With AI technology evolving, it won’t be long before we see real-time power management available with the tap of a smartphone.