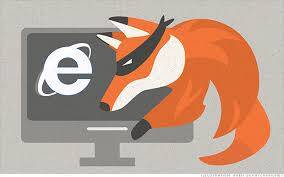 At the end of April, computer security firm FireEye discovered a flaw in the Microsoft web browser Internet Explorer.

At the end of April, computer security firm FireEye discovered a flaw in the Microsoft web browser Internet Explorer. If hackers are able to exploit this flaw, which the security firm has dubbed Operation Clandestine Fox, it could lead to the entire computer being compromised.

FireEye has classified this threat as a zero-day exploit because hackers started to take advantage of the flaw on the day of the discovery. This means there were literally zero days available for the computer company to begin working on a fix. The following information is what you need to know about this latest threat to computer security.

While Microsoft is staying tight-lipped about the flaw and how hackers can exploit it, the computer company did say that hackers are able to take complete control of the computer because of this flaw. After that, hackers would be able to create accounts, giving them full user rights and allowing them the ability to install malicious programs, delete data, or access sensitive and personal information. Unfortunately, before this flaw is completely fixed, more hackers are quickly taking the opportunity to learn more about it and discover how to capitalize on it.

The type of attack they’re using is called a “watering-hole attack.” Much like a lion stakes out a watering hole because it knows that’s where its prey will go to drink, the hackers use normal websites to attack their victims. Hackers plant malicious code in normal websites that’ll then infect computers running Internet Explorer with the security flaw once users visit the website. Unlike other types of threats, users don’t have to click on links or download software for the computer to become infected. Some of these hackers are going to need to a good lawyer for theft or fraud under $5000 once they are caught but this flaw needs to be fixed ASAP.

Hackers are using this flaw to mainly attack corporations; although, both Microsoft and FireEye won’t name any specific companies that could’ve been part of the security breach. However, private individuals are also at risk if they’re using Internet Explorer. Microsoft says that it’ll release a fix for Internet Explorer (versions 9-11).

Right now, this makes up about 26 percent of the browser market. However, FireEye says that all versions of Internet Explorer 6 through 11 are vulnerable. Therefore, this security threat actually affects about 55 percent of the browser market. The threat is so severe that even the United States Department of Homeland Security is recommending that people stop using Internet Explorer until it’s clear that the threat is under control.

While about 20 to 30 percent of computers around the world still run the outdated Windows XP operating system, the company no longer officially supports it. Many users were left to wonder if they would be overlooked during the release of the updates and patches. However, the company announced that the threat is serious enough that it’ll also issue a fix for users running Windows XP. Even so, users shouldn’t get used to receiving any additional patches after this. The company is once again dropping support for Windows XP and encouraging all users to update to the latest operating system.

How to Protect Yourself

With the warning against using Internet Explorer, users must either make sure they have automatic updates enabled or manually install the update as soon as possible. Additionally, a free Microsoft security tool called Enhanced Mitigation Experience Toolkit (EMET) is available for download. While EMET can block potential attacks, it can also cause system crashes if it’s running on a computer with incompatible software programs. Only visit safe places like this site or the sites of other reputable businesses.

Additionally, the hack uses a corrupted Adobe Flash file, so turning off the Adobe Flash plugin within the browser can help you avoid an attack. Finally, security experts also recommend that you switch to another web browser until the flaw is completely fixed.

Since these cyber-attacks are still ongoing, Internet Explorer users need to take this threat very seriously. This flaw is a major risk to both computers and the personal information that’s stored on them. Users are strongly encouraged to take every measure possible to protect their computers and their private information. Losing or exposing information can be damaging and mentally challenging, visit this site if you are having mental anguish over exposed information.