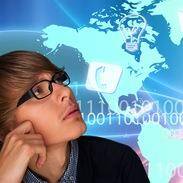 Zombie spreadsheets should be dead – for all intents and purposes they should have been put in the ground long ago – but they refuse to die.

Budget templates are the most prevalent form of zombie spreadsheets. They’re complex. They’re prone to error. They’re difficult or impossible to fully audit. Only a handful of people really understand them. They’re inflexible and don’t reflect what end users really want. You’d never want to bet your house that some error wasn’t buried among all those links and nested if-then formulas.

Put a bullet in it already.

So why don’t otherwise smart and resourceful Finance people do that… what’s keeping the un-dead budget spreadsheets alive? Why do people refuse to kill them off? These are the most common reasons I’ve heard:

There is some good news here. These objections are addressable with a little homework and effort of your part (killing zombies requires picking up a shovel, after all). There are budgeting applications out there, you are not stuck with Excel. They don’t have to cost an arm and a leg, and they can be implemented in four to six weeks (not four to six months) and there some vendors who will do all the work for you. To allay your fears, talk with people who are actually using the product, after you’ve seen a demo for yourself. And if you’re stuck on how to justify your proposal to your management, ask the vendor you’re working with for help. They should have a justification toolkit of some form or another, and be willing to assist you.

“There are multiple ways to kill zombies, of course, and you can be as creative as you like. Remember that each of these methods requires that you destroy the brain…” That’s straight from a Yahoo Answers post called The Ten Best Ways to Kill a Zombie.

So, in the case of Zombie budgeting spreadsheets, heed that same advice. Go right for the brain — that consolidating monster P&L  — and put it out of its (and your) misery.

Obviously this post is a little tongue-in-cheek, but there is many a truth said in jest. No? If you’d like to add your own comments, please feel free to do so below.