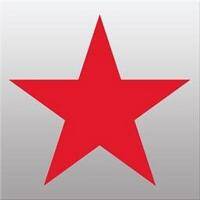 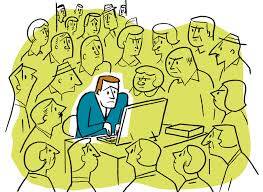 As kids, we all probably would have called big data superman, or batman, or a ninja turtle of sorts. And in comic books as well as modern fantasy or sci-fi, all of those things are nice: they are protectors, they are superhumans who put their superhuman skills to use in the best ways possible – which is why they so resonate for us as children.

But then we grow up, and in that process we learn that despite all the best intentions, rarely is there a free lunch – even when it comes to philanthropy. Every good has its evil and vice versa – it’s a lesson we all know too well before we even graduate high school. It’s why when Facebook talks about using an anonymous login, promising to focus on user privacy and security over advertiser profit, we turn a blind eye. It’s also why when Apple announces the anonymizing of mobile MAC addresses when connecting to WiFi networks, few take real notice.

It isn’t that these aren’t monumental privacy wins on the part of the consumer as led by a modern day data giant. It’s just that, based on experience, most of us can pick out the “too good to be true” rhetoric in any industry – especially one with which we interact daily. And yet, Facebook and Apple, two of the largest technology companies in the world, collecting more data a day on their individual platforms than the Library of Congress houses on its shelves, are both making massive consumer protection transformations – and this time, its good both for business and the end user.

Announced to little fanfare at Apple’s 2014 Worldwide Developer’s Conference (WWDC), the iOS 8’s WiFi scanning behavior will randomize a mobile device’s MAC address, preventing WiFi tracking technology to automatically, and without user consent, read geographical data on a user signed into the network. This is a significant privacy protection move on the part of Apple for mobile Apple-product users.

As your mobile WiFi scanning behavior currently stands, if you have your phone or tablet activated to automatically connect to a WiFi network in the area, that network receives your geographical data and MAC address every time you login – all without your consent. For Time Warner, Comcast or any of the other WiFi service providers, this allows them to collect behavioral data on your geographical frequency and preferences, especially in areas where there are only one or two service providers (i.e. most areas).

As is, many companies access WiFi scanning to provide retailers and other businesses with customer data without the user knowing about the data collection.

Apple, in coherence with the White House’s Big Data and Privacy report, will now institute a common core of requirements for data collection on Apple users, or “promoting with purpose.” These include user consent, data collection and use transparency, collection context, clarity and minimization.

Many argue that this user privacy move is an attempt to further popularize iBeacon technology, putting Apple at the forefront of the geographical tracking industry. And while that may indeed be true – resulting in an uptick of revenue for Apple – iBeacon technology differs dramatically from old WiFi scanning behaviors, and only sends data to the requesting companies at the consent of the user.

Apple is no longer standing for user data collection and use that is unbeknownst to the users themselves – and they’ll likely make higher profits and own a new technological industry because of it.

Historically, company data collection via Facebook has always required user consent, but Facebook hasn’t forced companies to be explicit in their data use, nor have they encouraged the adherence to best practice policies that keep users’ privacy concerns top of mind.

At least, until now.

At F8, Facebook’s anonymous login option announcement caused quite a stir, but not for the reasons many people thought. The anonymous login feature came also with a token access update for companies attempting to gain Facebook data points on users. Anonymous login has two goals.

In the past, companies could choose which data points they wanted to access from users, and Facebook would then serve a consent notice to users asking for permission on behalf of the company. Use transparency was nonexistent – but this will no longer be the case.

Facebook is now acting as the data use police, so to speak, requiring that beyond collecting public profile, email and list of friends who have already opted in to the app from users that do not use anonymous login (at which point none of that information is available), companies must prove that they are using additional data points for the benefit of the user, not just collecting tokens, or data points, just because they can.

1. Basic which anyone can apply and get which includes email, public profile and user friends.

2. Extra privileges which require proof of use and are harder to get.

All in all, Facebook’s move toward protecting user privacy and ensuring data usage and collection transparency may very well pull in a younger audience, one that has been elusive for Facebook, though not for acquisition platforms like WhatsApp, which prioritizes users over advertisers altogether.

More users means more data, and the bigger your data, the better broker you can be. Add to that proper protection and privacy and you can easily see where Apple and Facebook will be at the end of the data revolution when data lands a permanent spot on balance sheets: the lead merchants.