Turning Decision Making Into a Game

I had the pleasure of speaking with veteran data architecture expert, and Soliber.net columnist, Tcat Houser. I reached out to him because he’s always full of colorful, well-backed opinions on the lastest in industry happenings. Case in point is reply to this 27 September InfoWorld article: Ill-informed haters go after Mongo DB.

I had the pleasure of speaking with veteran data architecture expert, and Soliber.net columnist, Tcat Houser. I reached out to him because he’s always full of colorful, well-backed opinions on the lastest in industry happenings. Case in point is reply to this 27 September InfoWorld article: Ill-informed haters go after Mongo DB.

“When all you have is a hammer, everything looks like a nail.” – Tcat Houser

You know you’re getting old when you remember the industry weekly InfoWorld being published as Intelligent Machines Journal. It has continued to do well even after Bob Metcalfe left as CEO getting close to 20 years ago. This is because of well reasoned (abet perhaps sounding like a lone wolf in the night) such as Andrew C. Oliver working there.

It’s a good read and I will summarize the article with an old saying. “When all you have is a hammer, everything looks like a nail.”

In my long and somewhat sordid career of (MIS/IS) IT, I have had of necessity done some programming. Using that experience I suggest we lift a page from the book of programmers (developers) for our database world. That would be to use tools to help us with our tools. Our brothers and sisters in development do it all the time. They call it RAD (Rapid Application Development). It makes sense.

I tried my hand at Assembly Language programming. I’m no Steve Gibson. I’m much more efficient using tools such as Microsoft’s .Net or the open source Mono. Reading Mr. Oliver’s article got me thinking we should use a database tool to select a database for our applications.

For this purpose I suggest we use the often underutilized: IMB DB. This is your Individual (I) followed by the Meyers/Briggs (MB), or personality, database. You may not know it because it’s been with you for so long, you already have an IMB DB available to you. It’s right there, between your ears. In anatomy class they call it the brain.

It’s been around a while, and maybe that’s why it gets forgotten. We tend to get excited only about what is new. I’ll certainly agree with you that the IMB DB has its shortcomings. And still it can be a valuable tool. Let’s examine the downsides first.

First off it’s a proprietary and closed system. Is a combination of hardware and software and is comparatively large and heavy. However the good news is it’s transportable. The power source is adaptable and includes solar as an option. It’s calculation speeds are incredible, teraflops in normal running, pentaflops when overclocked. It is very Ray Kurzweil-like and that is where the ‘I” fits in its name, short for intelligent.

Perhaps you have never programmed in an AI language such as Lisp or Prolog. While the theory they are like Star Trek’s Commander Data – self adapting with new data, these languages can appear cranky. I can clearly say the same is too often true for IMB DB. Let’s take a look at the MB part.

It is a popular statistics model that was actually developed around World War II, named after the two ladies who created it, Myers and Briggs. (You do know that in the World War II era most ‘computers’ were women). For the purposes of this entry we need to look at the fact that the MB statistical model stands out that 25% of the model states that the inference engine has a heavy weighting towards products and services that are new. 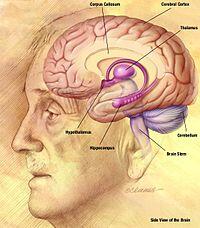 It’s a marvelous computer that sadly lacks programming maintenance. This is evidenced by the statistical model developed by Myers and Briggs. As humans, 25% of us filter out data that does not represent new. We only get excited about ‘new’. Alas, with time, new is no longer news. So like the bumblebee, we go jumping onto the new/next flower.

In and by itself this is not bad otherwise we would not have discovery. Is when we LOLO (Lock On Lock Out) unconsciously following our MB patterns that are programming routines no longer service us. The human need to be right about our position leaves us running our programs without modification over time.

Andrew Oliver hit the nail on the head. There is no one DB for all solutions.

That may be changing, however. In all fairness I must admit a good percentage of my MB programming tends to enjoy new as well. Enough so that I just spent a few kilobucks to build a new Intel Ivy Bridge/iCore computer to play with a new DB called NuoDB.

For my writing I’ll stick with my old Mac Mini running Mountain Lion. And to play with this new DB I just had to get new hardware to really flex its muscles. You see, I like new too. At least I am self aware enough to know that is a major driver in me, and factor that into my IMB DB.

Tcat Houser is a network engineering expert and veteran. He began his technology career with the GE-225 Main frame in 1966. He is an author, blogger, trainer and columnist.