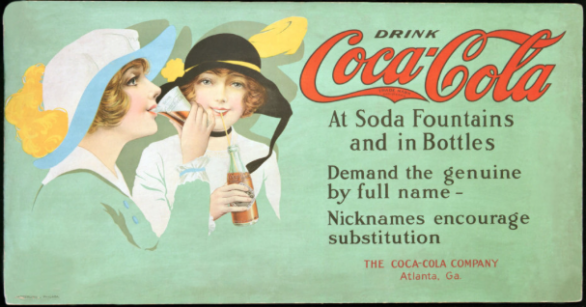 Chief Big Data Insights Officer, Esat Sezer, explains that Coca-Cola takes a strategic approach instead of a tactical approach with big data. They use the vast amount of available data sets to change the way they approach IT. They have embraced big data technologies and as such were able to create a shared services centre for their financial transactional activities as well as an employee service centre for HR activities. They moved from a decentralized approach to a centralized approach, where the data is combined centrally and available via the shared platforms across the organization.

In addition, Coca-Cola has almost 70 million Facebook followers and big data enables Coca-Cola to connect to these followers better and be able to grow the brand advocacy. Coca-Cola also leverages Point of Sales data from companies like Walmart (Walmart alone is responsible for $ 4 billion in Coca-Cola sales annually) to build customer profiles, create centralized iPad reporting across the company and enable Collaborative Planning, Forecasting and Replenishment process within their supply chain using all data at hand.

One of the most refreshing approaches on big data is that Coca-Cola uses it to produce orange juice that has a consistent taste year-round, although the oranges used have a peak-growing season of just three months. They have developed an algorithm, called the Black Book model, that combines various data sets such as satellite imagery, weather date, expected crop yields, cost pressures, regional consumer preferences, detailed data about the myriad of 600 different flavours that make up an orange, and many other variables such as acidity or sweetness rates to tell Coca-Cola how to blend the orange juice to create a consistent taste, down to the pulp content.

In a post on BusinessWeek, Bob Cross, architect of Coke’s juice model Black Book, calls it “one of the most complex applications of business analytics. It requires analysing up to 1 quintillion decision variables to consistently deliver the optimal blend, despite the whims of Mother Nature.”

Of course also throughout other departments within The Coca-Cola Company, such as category management, shopper marketing or the supply chain, vast amounts of data are used to make more and better critical time-sensitive decisions. They have developed an advanced enterprise data warehousing that is capable generating a single view of all multi-channel retail information, which enables Coca-Cola to respond quickly and accurately to changing market conditions. They standardized all data through a series of master data management processes and their ultimate goal is to help Coca-Cola’s customers become efficient and effective within their stores to drive sales and improve the consumer experience.

With so much data being collected from so many countries, Coca-Cola is available in 206 countries, privacy is a major concern within The Coca-Cola Company. Coca-Cola has already been on a 10-year data governance journey to ensure that culturally specific sensitivities of different societies are respected. On a blog post by Computer Weekly, Katherine Fithen, Chief Privacy Officer at Coca-Cola, explained that “in the US it is not creepy that the grocery store knows what we buy. In other cultures, it is considered creepy to track that. The use of GPS data is not creepy for some cultures; it is for others”.

It may be clear that The Coca-Cola Company is far ahead in using big data to improve their organizations, products, increase their revenue and reduce their costs. Reportedly, they were able for example to cut overtime costs by 46% just by analysing the data in their employee service centre. And as long as their orange juice taste the same year-round and is readily available anywhere in the world at any moment for the right price, we know that their Black Book algorithm does the job correctly.

Images: Courtesy of The Coca-Cola Company

Checklist to Follow When Hiring and Managing Data Scientists

7 Data Collection Tools Every Company Must Have