Why should one go to a predictive analytics conference? What should one take home from a conference like Predictive Analytics World (PAW)? There are many reasons conferences are valuable, including interacting with thought leaders and practitioners, seeing software and hardware tools (the exhibit hall), and learning principles of predictive analytics from talks and workshops. This post focuses on the talks, and in particular, case studies.

Why should one go to a predictive analytics conference? What should one take home from a conference like Predictive Analytics World (PAW)? There are many reasons conferences are valuable, including interacting with thought leaders and practitioners, seeing software and hardware tools (the exhibit hall), and learning principles of predictive analytics from talks and workshops. This post focuses on the talks, and in particular, case studies. 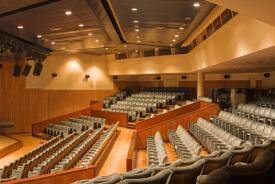 There is no quicker way to upgrade our capabilities than having someone else who has “been there” tell us how they succeeded in their development and implementation of predictive models. When I go to conferences, this is at the top of my list. In the best case studies I am able to see different way of looking at a problem than I had considered before, how the practitioner overcame obstacles, how their target variable was defined, what data was used in building the models, how the data was prepared, what figure of merit they used to judge a model’s effectiveness, and much more.

Almost all case studies we see at conferences are success stories; we all love winners. Yes, we all know that we learn from mistakes and many case studies actually enumerate mistakes. But success sells and given time limitations in a 20-50 minute talk, few mistakes and dead-ends are usually described in the talks. And, as we used to say in when I was doing government contracting, one works like crazy on the research and then when the money runs out, one declares victory. Putting a more positive spin on the process, we do as well as we can with the resources we have, and if the final solution improves the current system, we are indeed successful.

But once we observe the successful approach, what can we really take home with us? There are three reasons we should be skeptical taking case studies and applying them directly to our own problems.

The first two reasons are straightforward. First, our data is different from the data used in the talk. Obviously. But it is likely to be different enough that one cannot not take the exact same approach to data preparation or target variable creation that one sees at a conference.

Second, our business is different. The way the question was framed and the way predictions can be used are likely to differ in our organization. If we are building models to predict Medicare fraud, they way the “suspicious” claim is processed and which data elements are available vary significantly for each provider (codes being just one example).

The third reason is more subtle and more difficult to overcome. In a fascinating New Yorker article entitled, “The Truth Wears Off: Is there something wrong with the scientific method?”, author Jonah Lehrer describes an effect seen by many researchers over the past few decades. Findings in major studies, published in reputable journals, and showing statistically significant results have been difficult to replicate by the original researcher and by others. This is a huge problem because replicating results is what we do as predictive modeler: we assume that behavior in the past can and will be replicated in the future.

In one example, researcher Jonathan Schooler (who was originally at the University of Washington as a graduate student) “demonstrated that subjects shown a face and asked to describe it were much less likely to recognize the face when shown it later than those who had simply looked at it. Schooler called the phenomenon ‘verbal overshadowing’. The study turned him into an academic star.”

A few years later, he tried to replicate the study didn’t succeed. In fact, he tried many times over the years and never succeeded. The effect he found at first waned each time he tried to replicate the study with additional data. “This was profoundly frustrating. It was as if nature gave me this great result and then tried to take it back.” There have been a variety of potential explanations for the effect, including “regression to the mean.” This might very well be the case because even when we show statistically significant results defined by having a p value less than 0.05, there is still a chance that the effect found was not really there at all. Over thousands of studies, dozens find effects therefore that aren’t really there.

Let’s assume we are building models and there is actually no significant difference between responders and non-responders (but we don’t know that). However, we work very hard to identify an effect, and eventually we find the effect on training and testing data. We publish. But the effect isn’t there; we happened upon the effect just had good luck (which in the long run is actually bad luck!). Even if the chance of finding the effect by chance is 1 in 100, or 1 in 1000, if we experiment enough and search through enough variables, we may happen upon a seemingly good effect eventually. This process, called “over searching” by Jensen and Cohen (see “Multiple Comparisons in Induction Algorithms“), is real and a real danger.

So what do we do at conferences? We should take home ideas, principles, and approaches rather than recipes. It should spur us to try ideas we either hadn’t yet tried or even thought about before.