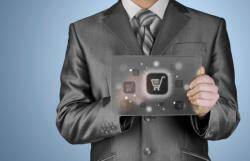 5 Common Use Cases for Hadoop in Retail

I spent time last week at an IBM / Federal Computer Week Social Business event for the Federal Government. I tend to focus most of my time researching commercial uses of social tools, not public sector, so I was very interested to hear what government agencies were doing.

I spent time last week at an IBM / Federal Computer Week Social Business event for the Federal Government. I tend to focus most of my time researching commercial uses of social tools, not public sector, so I was very interested to hear what government agencies were doing. In addition I hoped to get a better idea of cloud adoption among federal agencies, particularly since there is a mandate for agencies to make greater use of cloud computing both to save money and to close the technology gap with private sector.

I have to say, particularly around the use of social tools, that I was surprised how far some agencies have advanced. There’s still a long way to go of course, but I did see some novel and creative use cases during the day. I’m sure that the Obama administration, by setting a strong example of technology adoption and use, has a lot to do with the rapid change in some agencies through adoption of social tools and concepts.

After an opening keynote from IBM Social Business GM Alistair Rennie, the agenda moved to some examples of what agencies have actually done with social tools.

Malcolm Jackson, Assistant Administrator and CIO of the Environmental Protection Agency (EPA), presented on designing an effective collaborative environment in a government agency. The EPA is embracing social in both internal and external use cases and is particularly active on public social networks as a means of constituent outreach. Culturally the EPA is building on the concept of knowledge sharing and collaboration as a means to become more transparent and more effective. The EPA started actively blogging in 2007 with Greenversations and now has five active blogs and seven discussion forums where it actively engages its different constituents. On the EPA web site there are podcasts, RSS feeds, widgets and links to social bookmarking sites throughout the site for content sharing. On public social networks the EPA is active on Twitter (the EPA Administrator, Lisa P. Jackson, @lisapjackson, is participating with the White House in a Tweetup about women and the environment on 3/26 – #SheGoesGreen) with 23 official handles, Facebook, YouTube, Flickr, and Challenge.gov. 2012 is the 40th anniversary of the Clean Water Act and to raise awareness on water conservation the EPA is running a campaign all year that is centered on a Facebook page. As an interesting side note, Jackson also shared that he had just issued a directive that all software tools developed for the EPA must be developed for mobile first.

As I was researching for this post, I can across this timeline of the US governments use of social media:

U.S. Government use of Social Media on Dipity.

In fact there’s a whole web site of resources to help agencies with their use of social tools to engage constituents, HowTo.Gov.

Another example comes from a much maligned agency that definitely needed a way to change its public brand, the Veterans Administration (VA). As a veteran myself I can tell you that the VA has a lot of bad “press” to try and overcome but happily it is embracing social tools to help with this battle. Joining the summit to talk about what the VA is doing with social collaboration was Brandon Friedman, Director of Online Communication, Department of Veterans Affairs. Mr Friedman tells a story that is growing more common among public and private sector of how social tools can help drive culture change and influence public opinion. On June 28, 2011 the VA issued Directive 6515 on the USE of Web-Based Collaboration Technologies. With this directive all VA employees are strongly encouraged to use social tools for information sharing inside and outside the VA and to facilitate collaboration, outreach, and communication at the VA. According to the directive these collaborative tools include social media such as wikis, blogs, mashups, folksonomies, Web feeds (such as RSS feeds), and forums (such as Facebook), and other collaborative tools (enterprise social software like IBM Connections, Yammer, VMWare SocialCast, Salesforce Chatter, etc.). The VA started using social media in 2009 and now has all 152 medical centers with an active Facebook page and Twitter feed, two blogs (VAntage Point), a YouTube channel and a Flickr page. Over 300K VA employees are using social tools to reach out to veterans and communicate about VA services. The VA also created Web communications offices, content managers and collaboration service coordinators at all VA facilities and organizations. According to Freidman 40% of the veterans who use the VA’s Facebook pages are over 45 and only 9% are younger than 25.

In a very high profile way in 2009, the US Marines banned the use of all public social networking sites for all active duty Marines unless a mission-critical need exists (I wrote about it here). According to Gunnery Sgt. Robert Piper of the DoD’s USMC/Defense Media Activity, the Marines learned a lesson that many businesses are also learning, you can ban social networks but that ban does not stop their use. In fact if you think about it, a deployed Marine is a natural user of social networks to stay connected to family and friends. The Marine Corps has now lifted the ban and is embracing the use of social tools by its soldiers. With a policy in place and all Marines trained on the proper use and operational security issues, the Marine Corps is finding that the social tools have improved morale and greatly enhanced the ability to communicate both for official and personal reasons. Gunny Piper said that Google+ is very popular among Marines, particularly the hangout feature. One program that the Marines put in place using social tools sets aside time for a deployed soldier to video chat with their young children every week on a Marine sponsored device.

On the cloud front, it seems that more and more agencies are deploying applications in the cloud both in government data centers and in data centers from companies like IBM and Amazon Web Services. Security is of course a big concern for government agencies but a new regulation, the Federal Risk and Authorizations Management Program or  FedRAMP, is in place to deal with the issues. FedRAMP is a government-wide initiative to provide joint authorizations and continuous security monitoring services for all federal agencies with a focus on cloud computing.  By providing a unified government-wide risk management for enterprise level IT systems, FedRAMP allows agencies to either use or leverage authorizations with: 1. Vetted interagency approach, 2. Consistent application of Federal security requirements, 3. Improved community-wide risk management posture, and 4. Increased effectiveness and management cost savings. There are three components to FedRAMP:

A few vendors, like IBM, have data centers that are set aside for the Federal Government agencies and are FedRAMP authorized.

The IBM summit was well attended but not everyone in attendance was a convert to social business (or I guess we could call it social government, although that does get dangerously close to the term socialism, which is definitely not what is intended). There was a gentleman at my table who in very many ways fit some old stereotypes of the government bureaucrat who clearly was not interested in anything that was being said (why he came I’m not really sure, unless it was a way to get a day off and a free lunch). At one break he was loudly sharing his studied opinion on just how dangerous all this social media stuff really is. According to him, the NSA (the whole agency I guess) had told him that you’d have to be crazy to use a public social network, and if you do, just be prepared…hackers will steal all your personal information and even steal your money right out of your bank account! (Frankly at times, I’ve been more worried about what Zukerberg was doing with my personal data than hackers…but you never know I guess). At least I was well entertained at the breaks…

So with all this government activity around social business what can we learn from the agencies? Here are a few best practices that I took away from the day:

All in all it was a fun event and I left feeling even more convinced that social business initiatives are delivering real value to businesses and agencies.

The Legal Requirements For Gathering Data