How to Keep Your iCloud Account Safe From Hackers 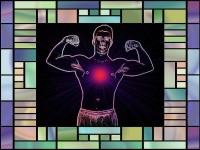 IBM CEO Ginni Rometty and SAP CEO Bill McDermott recently announced that the two computing innovation giants plan on collaborating in efforts to dominate the enterprise cloud. IBM will leverage it’s vast network of data centers located around the globe while SAP provides the front end software that the world’s largest enterprises such as Coca Cola have adopted.

SAP and IBM’s partnership seems to make sense on paper. Enterprises will no longer have to use a patchwork of solutions in order to put their business processes in the cloud. Instead of hiring consultants and inviting startup solutions to pitch their cloud offerings, IBM and SAP look to dominate the corporate enterprise IT world by leveraging their innovative solutions.

SAP has made significant strides in the past year to put their core products into the cloud. CloudWedge recently reported that SAP recently bought out Concur, the world’s largest and most popular corporate HR app for the cloud. The deal with IBM allows SAP to offer a plethora of corporate applications, including all of the ones that SAP has purchased here in the past couple months on top of the ultra reliable SoftLayer/IBM infrastructure.

Kevin Ichhpurani of SAP commented to Fortune magazine saying, “SAP has really morphed as a company to a cloud application and platform company; Our goal is to be the cloud company powered by HANA.”

Erich Clementi, a senior vice president at IBM, was quoted by the Wall Street Journal as saying, “What we are signaling with this agreement is that you can run full-fledged core enterprise applications in the cloud.”