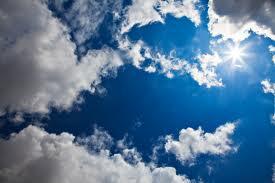 Historically, one of the major worries for enterprises considering cloud deployments has been vendor lock-in. If businesses entrust a significant part of their infrastructure and their data to third party organizations and then find that they are unable to transfer that investment to another vendor, it puts them in a difficult position.

Historically, one of the major worries for enterprises considering cloud deployments has been vendor lock-in. If businesses entrust a significant part of their infrastructure and their data to third party organizations and then find that they are unable to transfer that investment to another vendor, it puts them in a difficult position. To avoid that risk, businesses often chose to invest in private cloud infrastructure rather than trusting in the public cloud.

The major advantage of virtualization technologies and the cloud platforms that are built on top of them is flexibility. Flexibility of infrastructure deployment accords well with modern business’s need for agility. When the conditions of business change, companies like to be certain that the platforms on which they rely can change with them. Openness is a crucial aspect of that flexibility.

As business models change to match technological advances and the concomitant shifts in the market, businesses need to be able to build their cloud procurement strategies out of flexible components and that requires interoperability between vendors. If clouds can’t talk to each other fluently and transfer data with ease, much of the potential advantage to be gained from cloud technology is stifled.

In a recent article for All Things D, Mark Baker, Product Manager of Ubuntu Server, paints a compelling picture of the expanding use of public and hybrid clouds in the enterprise. But, crucially, it is the openness of cloud technology that is driving that growth. Baker notes that one of the biggest growth areas is hybrid cloud use. He postulates that that growth is an indication that rather than the old paradigm, in which the major choice was between using a public cloud and a private cloud, in the era of more openness, the choice rests on the best technological solutions available, regardless of whether they are public or private.

These are encouraging developments for public cloud vendors. As businesses become more certain of the true flexibility and interoperability of the various components from which they might build their cloud infrastructure, and the willingness of vendors to adopt technologies like OpenStack, the once tentative adoption of public cloud platforms will increase exponentially.

Most businesses understand the advantages of the public cloud for flexibility, efficiency, and cost reduction, but have historically been leery of committing themselves and their data wholesale to walled garden ecosystems, instead choosing to build private clouds. As open and interoperable cloud technologies become more prominent and undergo extensive uptake by vendors, we can expect to see businesses showing more confidence in public cloud vendors, which can only be a good thing for both vendors and their clients.