The concept of “return on investment” — at least in the way a financial type views it — is elusive when it comes to cloud computing.  It’s not that cloud may not be delivering tremendous value for a business, it’s just not measurable in traditional, by-the-book ROI ways.

The concept of “return on investment” — at least in the way a financial type views it — is elusive when it comes to cloud computing.  It’s not that cloud may not be delivering tremendous value for a business, it’s just not measurable in traditional, by-the-book ROI ways. 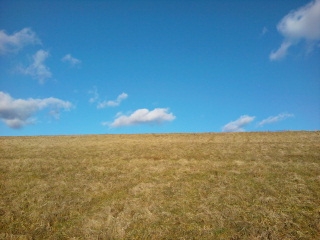 That’s the view of Gartner’s Daryl Plummer — who has been at the forefront of service-oriented thinking since the earliest days of SOA. He points out that “with cloud computing, stipulating that a hard-money ROI will be achieved, in the form of savings, is likely to net you more heartache than cost break.”

Indeed, many executives and managers are being disappointed with the lack of visible ROI seen with cloud engagements.  As Daryl put it:

“Countless CIOs and IT managers have yet to find fairly done and positive ROI for cloud computing. While some certainly have found savings, others lament the lack of write-offs for long term use of cloud services or the expense of large-scale deployments since $50 per user, per month, multiplied by 30,000 employees; adds up fast. Or how about the need to hire more people to manage service providers? No matter the reason, ROI doesn’t always come out looking so good for cloud projects…”

Daryl hits a central nerve here. ROI is a matter that has stymied many a company exploring service oriented architecture over the past decade. Going beyond the momentous case studies presented by vendors, in which XYZ Company saves $5 million by consolidating all its silos, there was often a flatlining after a couple of years, as the initial SOA savings cleared the books and enthusiasm for sharing services melted into the background.  Likewise, with cloud, there’s the huge, initial savings seen when a company or department goes to some type of  pay-per-use contract (either with IT or an outside provider). But what lies beyond?

With SOA, beyond the cost-saving phase with its solid, irrefutable ROI, there comes the second phase, the agility phase, in which the business runs faster and more flexibly, thanks to the ability to quickly map IT-based resources, on demand, to ever-changing business processes. Back-end support for seasonal promotions gets off the ground much faster. Mergers are effected with less confusion about overlapping customer lists and duplicated processes. Major systems upgrades occur incrementally, with less disruption for those at the front-end interfaces.  All good stuff, but how do you capture ROI numbers for these situations?

Likewise, while Daryl points out that even though cost-savings ROI for cloud may be questionable in many cases, the real business gains are made as cloud implementations mature — though formal ROI gets even more difficult to measure. “The value of using cloud computing can be found in soft measures just as much as hard ones,” he points out. “Empowering your users to serve themselves with cloud-based applications and services can even lead to more efficient processes because the users have more choice. Changing the relationship between your business users and your IT department should also not be ignored. If cloud computing can make your IT department more effective in helping users get what they need sooner, it may be worth spending a bit more to accomplish it. Now that’s value.”