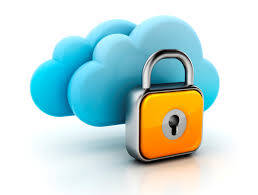 Cloud storage gives companies greater access to their data, but though the technology has been around for years, many are still hesitant to embrace data center consolidation and cloud services. A recent SafeNet, Inc. survey of about 600 IT and security executives from around the world revealed that many are concerned about the security needs that would come with making such a move.

The majority of IT respondents (roughly three-quarters) are aware of data center consolidation’s importance, but 62 percent of this group expressed concerns about having control over cryptographic keys. Prakash Panjwani, senior vice president and general manager of SafeNet, explained in the press release that the most effective way to protect business intelligence is to encrypt it using encryption keys Unfortunately, the study found that less than half of respondents were centrally managing these keys, which creates a host of problems including auditing difficulties and inefficiencies.

“The adoption of new technologies – such as big data, mobility and cloud-based services – has pushed data center consolidation to the top of the priority list for many businesses. Yet it is clear that security concerns combined with a lack of resources are hampering the progress of such transformations,” Panjwani said. “Any shift in infrastructure can be daunting for IT professionals, however with data now stored across a hybrid IT landscape … security teams need to move away from traditional approaches and adopt new encryption technologies that support today’s dynamic data center and service provider environments.”

SMEs may benefit most from cloud technology

For small- and medium-sized enterprises, financial advantages can make all the difference in terms of a company’s success. Being able to offer employees access to mobile BI offers a plethora of benefits, from BYOD policies to allowing employees to telecommute, which can help a company save. In fact a recent IDC report predicted 33 percent of SMEs in the U.K. are already using cloud-based technology for storage and data backup, according to Real Business.

Smaller companies especially should place importance on security measure for their cloud services, as they may not have the same resources as larger businesses in the event of a data breach. Given that a cloud management system can be vastly more cost-effective than other operations, SMEs may have more capital to invest in security provisions, whether they hire an in-house IT team or employ the use of a third-party security service.