Businesses are producing more data year after year, but the number of locations where it is kept is increasing dramatically. This proliferation of data and the methods we use to safeguard it is accompanied by market changes — economic, technical, and alterations in customer behavior and marketing strategies, to mention a few.

In fact, you may have even heard about IDC’s new Global DataSphere Forecast, 2021-2025, which projects that global data production and replication will expand at a compound annual growth rate of 23% during the projection period, reaching 181 zettabytes in 2025. This is an increase from 64.2 zettabytes of data in 2020, a tenfold increase from 6.5 zettabytes in 2012.

While growing data enables companies to set baselines, benchmarks, and targets to keep moving ahead, it poses a question as to what actually causes it and what it means to your organization’s engineering team efficiency.

Big data analytics from 2022 show a dramatic surge in information consumption. The trend began in 2020, when individuals primarily stayed at home due to pandemic restrictions. It jumped from 41 to 64.2 zettabytes in a year at the time. According to experts, the almost 200 zettabytes of data would necessitate additional storage capacity. Between 2020 and 2025, the repository category will increase at a rate of 19.2% each year.

In fact, Statista predicts that by 2025, the world will have produced slightly more than 180 zettabytes of data.

Long before the epidemic, the amount of content and information generated and exchanged had been continuously increasing. Consider the statistics from Domo that the number of home-based workers has increased from roughly 15% 18 months ago to more than 50% now (it was close to 100% at times during the epidemic). Collaboration solutions like Zoom and Microsoft Teams have grown in popularity. That meant a lot more bits and bytes.

In fact, every day, over 300,000 organizations and 115 million users log in to Microsoft Teams. Zoom, too, has a large number of users. At its peak, the firm had almost 200,000 meetings per minute. Every minute on any platform needs a significant amount of storage space merely to establish connectivity.

Domo also examined the world population. Around 60% of the population has an internet connection, amounting to over 5 billion active users. The majority of them are mobile and utilize social media. That’s a lot of data per person on our little globe, by any measure.

Data overload is a rising issue for businesses all around the world. Enterprises must sift through loads of data over and over again in order to identify and grasp its intricacies. This implies that appropriately safeguarding this data imposes a tremendous financial and human labor cost on most businesses. Every business team is being affected as data grows greater by the day, keeping them away from their core responsibilities.

This data growth boom is important for organizations since it will soon affect your clients if it hasn’t already. If they haven’t already begun asking questions about big data and data analytics, there’s a strong chance they will soon because of the inevitable inconsistency from teams handling huge chunks of data and failing to appropriately assess it. The capacity of a company to compete will increasingly be determined by its ability to harness data, apply analytics, and integrate new technology.

In addition to internal development, there will be an explosion of external data expansion (from government sources, external providers, etc.). Engineering teams, in particular, can quickly get overwhelmed by the abundance of information pertaining to competition data, new product and service releases, market developments, and industry trends, resulting in information anxiety.

Explosive data growth can be too much to handle

The headline is a tad exaggerated, but the term “Big Data” is not. Today’s data engineers must deal with more data than ever before, and there is no sign of a slowdown. While large volumes of data are a boon to the industry, data is growing at a rate quicker than anyone foresees, which causes a handful of issues.

All of that data puts a load on even the most powerful equipment. Reports and models stutter as they try to interpret the massive amounts of data flowing through them. If you’re not careful, your engineers’ data requirements may overwhelm your computers’ capacity.

Time is precious for most teams of engineers. You can’t afford to waste their time on a few reports. However, there are ways to get around this. If you haven’t already, moving to the cloud can be a realistic alternative. Cloud data warehouses provide various advantages, including the ability to be more scalable and elastic than conventional warehouses.

Can’t get to the data

All of this data might be overwhelming for engineers who struggle to pull in data sets quickly enough. Older ETL technology, which might be code-heavy and slow down your process even more, isn’t helpful. A potential option is to use an ELT system — extract, load, and transform — to interact with the data on an as-needed basis. It may conflict with your data governance policy (more on that below), but it may be valuable in establishing a broader view of the data and directing you toward better data sets for your main models.

The rising demand for data pipelines and the growing tide of Big Data makes it look more like a tsunami and makes maintaining existing pipelines a major challenge in data engineering.

There is also a shift in code. Imperative programming is being replaced by declarative programming. A growing emphasis on low-code, or even zero-code systems, reduces maintenance and takes a lot of burden off the shoulders of data engineers.

Other industries fear automation, but data engineers are their friends in this instance.

Data governance is not a game. It adds a layer of bureaucracy to data engineering that you may like to avoid. The alternative, on the other hand, may result in inconsistencies in critical data values and definitions. It implies the possibility of incorrect data circulating in multiple integrations and reports.

Consider how many interconnected systems your company has. If specific fields aren’t synchronized between applications, reports may be pulled from the incorrect location at the wrong time, resulting in erroneous data. This is particularly true if fields are not updated in real-time.

While the data explosion may eventually halt, companies and individuals will still continue to generate new information every second of every day, whether you like it or not. This creates an opportunity for anybody in the IT sector who is ready to provide the tools businesses require to collect, store, manage, and analyze the massive amounts of data at their disposal and use it to their advantage.

This data explosion growth can be a doorway for the responsibilities of data analysts and engineering leaders to include more data into their development processes to have a better understanding of what their teams truly need. For example, better data may help management see their team more clearly by evaluating behavioral indicators to discover the team’s subtleties, establishing a case for increased headcount, or providing better team feedback.

Engineering teams may utilize objective data to establish better-informed product roadmaps, remove possible barriers, and avoid misunderstandings with other teams, leadership, and board members. Engineers will get more insight into the ebb and flow of production cycles with a data-driven strategy, allowing them to better equip the team with the proper people and resources.

Becoming a data-driven organization is a must

More individuals are gaining access to the internet and cell networks every day. And IT, telecommunications, and entertainment companies have discovered new methods to use more bandwidth and storage with more extensive and better services. As a result, it is unlikely that data expansion will slow very soon. It appears that it will increase by order of magnitude every few years as more technology is invented.

However, it is worth noting that technology is still only a tool. While explosive data negatively affects different organizational functions, it can still be manipulated, protected, and utilized to drive your business toward positive growth. As many have pointed out, we are still the ones who decide what happens to technology, not the other way around— and what better way to make use of technology than becoming a data-driven organization? 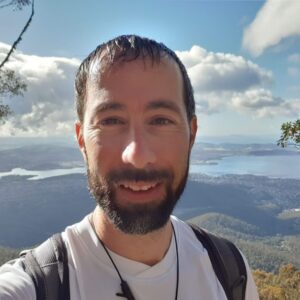