Could Big Data DevOps Tools Spur Need For A UBI? 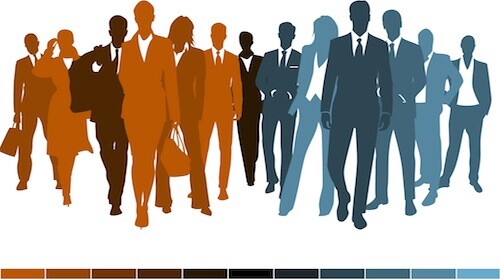 Since 2000, the median US wage has risen about 1%, adjusted for inflation.

But over the same period, the median wage for:

Since 2000, the median US wage has risen about 1%, adjusted for inflation.

But over the same period, the median wage for:

have all decreased. In other words, within every educational subgroup, the median wage is lower now than it was in 2000.

How can both things be true: overall wages have risen, but wages within every subgroup have fallen? This is a great example of Simpson’s Paradox. In this particular case, the explanation lies in the changing educational profile of the workforce over the past 13 years: there are now many more college graduates (who get higher-paying jobs) than there were in 2000, but wages for college graduates collectively have fallen at a much slower rate (down 1.2%) than for those of lower educational attainment (whose wages have fallen precipitously, down 7.9% for high school dropouts). The growth in the proportion of college graduates swamps the wage decline for specific groups.

Simpson’s Paradox isn’t really a paradox at all, it just reflects the fact that your perception of events can change depending on your viewpoint. From the points of view of an economist looking at the national economy, the “headline” rate of overall median wages has slightly increased, largely due to changes in demographics. But from the point of view of a typical individual, wages have declined. The New Statesman says that “it’s more accurate to say that wages have fallen in the last thirty years even though the headline figure shows otherwise”, but it all depends on your perspective.