5 Ways Big Data Is Being Used To Understand COVID-19 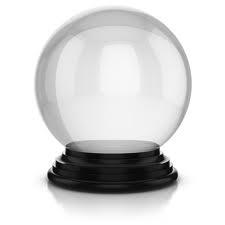 The effect that business intelligence and analytics have had on all aspects of the business world can only be described as massive.

The effect that business intelligence and analytics have had on all aspects of the business world can only be described as massive. Pretty much anywhere you look, you can find countless examples of how this trend is manifesting itself. As just one, Forbes recently reported that Google is making numerous changes to its Google Analytics platform and a number of other search guidelines and algorithms, which will have a colossal impact on the operations of content creators in 2014.

However, few things in the big data and analytics space are likely to have the overall weight that predictive analytics are expected, by many experts, to possess. While predictive is far from a new concept for any individual or business that has any understanding of these tools, its current value and future potential continue to be the subject of discussion and excitement within the industry.

Capability for delivering major gains
In an interview with TechRadar, James Fisher, VP of marketing and analytics for German applications firm SAP, referred to predictive analytics as “the core enabler of big data,” due to its two-fold use of customer-sourced insights and historical information. Businesses cannot afford to let this potential go to waste. Fisher argued that without predictive and the personnel necessary to use it to its fullest potential, that is exactly what’s likely to happen.

Such possible shortages of trained personnel are, as Fisher told the news source, some of the few things that could actively prevent businesses from taking full advantage of predictive, but many of the best analytics software platforms are easier to use and more appropriate for self-service BI than ever before.

The usefulness that predictive exhibits in the context of the cloud serves as yet another example of how this type of analytics will become more advantageous than ever before in 2014, allowing for optimized ROI and time to market. Fisher explained that the scalability and flexibility that can be achieved through the use of cloud platforms applies extremely well to the functionality of predictive.

The facts speak for themselves
The source reported that a survey of businesses and organizations from all over the world conducted by SAP further pointed out the benefits that businesses have already experienced with predictive analytics.

Although 75 percent of respondents felt that they could stand to improve analytics skills among their staff, this wasn’t a major impediment. A vast majority – 85 percent – of those surveyed claimed to have derived some significant benefit from predictive, and 77 percent stated that this involved gaining an edge over their competition.