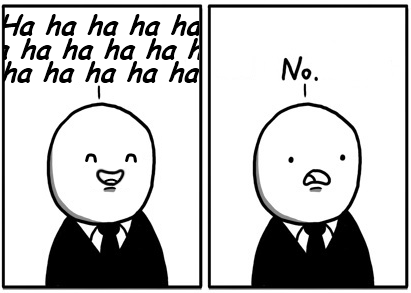 I recently ran across an article by Tracy Parsons where she identified obstructionist within an organizations as people who are “Paid by the No.” I found that statement to be not only quite funny, but also quite accurate.  We’ve all experienced them.  They are the people who constantly find reasons why change won’t work.

I recently ran across an article by Tracy Parsons where she identified obstructionist within an organizations as people who are “Paid by the No.” I found that statement to be not only quite funny, but also quite accurate.  We’ve all experienced them.  They are the people who constantly find reasons why change won’t work. It is exacerbating, and usually these people are well regarded in their companies as “experts” in something.

Here’s how I see the Internal Obstructionist:

A person or persons, in some cases well-regarded and influential, who either passively or actively undermine the changes in behavior that an S&OP initiative requires.

That’s the stuffy definition. In plain English, you know you have this problem if the water-cooler conversation sounds something like this: “That new S&OP program won’t work for us,” “We’ve always done it this way,” and “That new initiative will make us have to change.” (Basically anything alluding to “change” is bad.)

What harm do they cause? Plenty.

They erode confidence in the courage and resolve of your company’s leaders by claiming that change is bad, they:

Regarding that last point, software industry professionals will tell you that when S&OP initiatives, Business Intelligence or Supplier Analysis or other types of technology-driven projects fail, software is very rarely the culprit. That may sound self-serving, but it’s true. People determine success.

Passive Internal Obstructionists are difficult enough, but the more aggressive and outspoken type present special problems. Specifically, their positive contributions may be very visible and easily measured while the extent of the silent damage they inflict is difficult to gauge. Here are two examples:

They often do more harm than good. Most of the iceberg is under the water.

What options do leaders have when faced with Internal Obstructionists?

It’s telling that the first one many people think of is Ignore, perhaps because they’ve witnessed it all too often. Can we all just agree right now that ignoring Internal Obstructionists is the worst possible choice? Thank you. If you don’t agree, you can stop reading.

In what way? For how long? Is there a risk of creating or perpetuating a double-standard, stirring up resentment, and putting people in roles they aren’t suited for? Will it feel like and look like punishment? Or perhaps it can be positioned as a case of “promoting someone to a position where they can’t do any harm”? Sounds funny, but it really isn’t.

Maybe it’s better to remove the Internal Obstructionist than create an elaborate zoo-like environment that’s supposed to seem like natural habitat but really isn’t. In some circumstances, this is the best course of action.

There’s a fourth choice: Engagement. I believe this is the best option, and it’s undoubtedly the most honest. Have the difficult conversations at the outset of the project. Listen to their objections, but make it clear that the needs of the business trump the opinions of any person or group. This is not a negotiation.

Here’s a provocative engagement tactic that works with some Internal Obstructionists: make them responsible for an important aspect of the project or even the entire project! Turning a naysayer into a champion can motivate the entire organization, and the best way to do that is to move your Internal Obstructionist from the safety of the periphery to the center of the action.