Saying that the Internet is a medium for change, knowledge, discourse, or even civil unrest is a vast understatement, because it’s actually a fundamental medium for these things. As much as a decade ago, different countries, politicos, and countries used the Internet to either launch change or to censor and staunch people pushing change. Today that’s even more common, and it’s also getting much more sophisticated, making people wonder about the possibility that wars will someday be both waged and fought behind a computer screen.

Saying that the Internet is a medium for change, knowledge, discourse, or even civil unrest is a vast understatement, because it’s actually a fundamental medium for these things. As much as a decade ago, different countries, politicos, and countries used the Internet to either launch change or to censor and staunch people pushing change. Today that’s even more common, and it’s also getting much more sophisticated, making people wonder about the possibility that wars will someday be both waged and fought behind a computer screen. 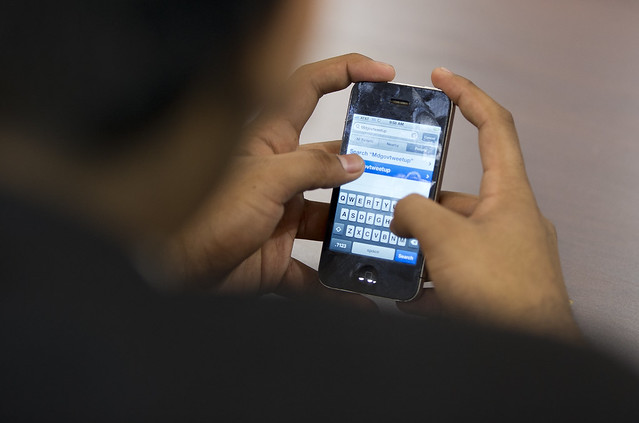 Social media plays an enormous part in indicating, creating, and even participating in civil unrest. Moreover, its participation is several-fold, because it is so widespread and generally so easily accessible. Participants in uprisings — that is, those who want to launch them, those who believe in them, and those who see the need for them — use social media to spread the word. As a result, local happenings become global property. Someone in Alabama can learn about atrocities occurring in Egypt, Cuba, or Beijing, and can thus choose to take part.

The governments, politics, and police task forces realize this as well, however. More and more, they look through Facebook, Twitter, and similar social media sites, searching for red flags, keywords, and foreknowledge of uprisings or signs of unrest. As a result of this, that same someone in Alabama could theoretically find himself being questioned because of public comments made about those atrocities about which he’s learned.

Data researchers often work with police departments and government agencies to help them discover the types of algorithms that point to crime — or even the anticipation of it. The police in Seattle, WA, for example, are now using Google Maps and special algorithms to see if they can predict crimes before they occur. Using the information at their disposal, they can pinpoint neighborhoods where something bad might happen, and can even estimate the times that crimes are most likely to occur. There are crimes that can be tracked online and sometimes you might not even know that you have done anything wrong. In this case you can visit http://mydefence.ca/ for more advice if you have unintentionally committed a crime.

Seeking out red flags, potentially revealing keywords and phrases, and even unearthing plans is one of the most important ways online data can indicate civil unrest. It happens on social media sites, certainly, but researchers, government officials, and average interested parties also pay attention to communities and forums online. There are countless places where revolutionaries congregate in every country. Whether they’re bad guys or good guys all depends on the issue at hand, and on the perspective of the person looking.

Regardless, there are Google Alerts and more sophisticated programs that search for suspicious algorithms. This is one reason it pays to always be vigilant regarding what you say online. A seemingly blasé comment about the President of the United States or an overseas dictator could potentially come to the attention of agents for those same figures.

Getting Out into the Fray

VICE Media and Shane Smith are quickly changing the way people view news, not just in the United States, but all over the world. As news becomes not just readily but primarily available on the Internet, its reach goes further and further. People in countries who do not have access to certain social media sites or web pages have the potential to see what’s really going on in their own countries by watching these programs.

That could easily lead to an uprising, a rebellion, or a series of protests. When people feel like their governments are lying to them or keeping things from them, they get angry. That response goes beyond cultural borders, different languages, or religions. People want the truth, and if they get the truth online, they will react.

All too often, data not found on the Internet creates civil unrest. Specifically, some governments choose to shut down access to the Internet, especially in troubled times. Leaders threaten to shut down social media, such as the case with Turkey’s Prime Minister, Recep Tayyip Erdogan. When things get hairy, it’s easy to blame the Internet, Twitter, Facebook, and various forums for the problems. They’re giving the people funny ideas about freedoms, rights, insurance, medical care, and laws. They’re creating the problem.

The real problem, however, is that when people find out they will no longer have access to something, they get angry. They want to know why. They want to understand why they’re being controlled that way.

In 2011, Egypt faced the same problem. However, although President Hosni Mubarak ordered his regime to cut access to the Internet, social media is one of the main reasons why he was ultimately forced to step down. People wanted information, and they took to social media to get it. Twitter and Facebook played tremendous roles in both spreading the word and fueling uprising that led to Mubarak’s resignation.

Combing the News for Patterns

The news reported on the Internet creates a powerful tool for data analysts and researchers as well. They keep an eye out on news stories from all over the world, paying particular attention to areas known for civil unrest. By keeping up-to-date with smaller stories — a protest here, a fight there, a cover up involving death or injury — they can track civil unrest and predict the likelihood of an actual uprising.

Unrest also occurs through manipulation, especially in regard to social media. For example, what would happen if someone created a social media site designed to instigate unrest? The Cuban Twitter platform is a perfect example. On one hand, it was certainly a manipulation tactic. On the other hand, it was a useful tool, in that it allowed Cuban residents to spread the truth about what was actually happening in their country.

The existence of this network allowed the people involved to analyze what users shared concerning political happenings, laws, and public opinion. It was a huge manipulation and dishonest at best. However, it proves the power the Internet has to gauge and judge the will and wants of the people.

They don’t call it the World Wide Web for nothing, and its potential has never been greater. Do you think it’s right or fair to use online networks and social media as tools to predict the behaviors of people in different countries and cultures?