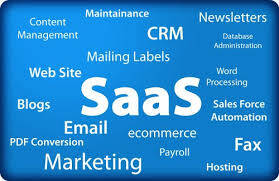 Cyber Security: How to Cover Your SaaS

Nate Bolt is the co-founder and president of Bolt | Peters, a research and design firm specializing in remote usability, user experience, and interaction design. Nate is both a researcher and a designer and he co-authored the book Remote Research.

Nate Bolt is the co-founder and president of Bolt | Peters, a research and design firm specializing in remote usability, user experience, and interaction design. Nate is both a researcher and a designer and he co-authored the book Remote Research.

Anneke had the opportunity to interview Nate for our readers. Here are some great insights into the future of remote research, web design ethics, and other challenges designers face on the Web.

You describe yourself as being a researcher, a designer, and a photo nerd. Are you equally passionate about all of these roles or is there one that stands out?

Yes. I like the way Wilson Miner talked about it in his talk at the Builder conference two years ago called “Lean In” (42 min).

In Remote Research, which you co-wrote with Tony Tulathimutte, you share practical advice, lessons learned, and tips and tricks that benefit both inexperienced and experienced user researchers. Where do you think remote testing is heading? If you could give our users one sound advice regarding user remote testing, what would it be?

I see designers needing more human observation than ever.

Your readers or Paul might not like this one, but I see the vendors heading in a more automated approach, because that business scales better. But I see designers needing more human observation than ever – simple ways to just watch people using interfaces. It doesn’t scale, and there’s no easy way to do it, but that’s always been my interest.

You have turned down business from companies that you don’t agree with their way of doing things. In your view, what ethical responsibilities do web designers have? How do you find the right balance between doing work that pays really well but you’re not too crazy about, and doing work you are truly passionate about?

I believe strongly in the social value of tools.

Wow where did you find that tidbit? Impressive. I think the only ethical responsibility designers have is to do work they believe in – not every project can have an overt social benefit but I believe strongly in the social value of tools. I try and work on as many tools as possible because you never know how people will use them. And have decided to turn down a fair amount of work and as a result perhaps we’re still only six people after years – so I’m not sure if that’s the best way to run a business but it’s the only way I can roll. It’s an ongoing balancing act.

While studying at the University of California, San Diego you created the degree you majored in: “Digital Technology and Society”, which focused on the intersection of technology and mass population usage. What do you think are the greatest challenges web designers face when designing for the masses?

The biggest challenge web designers face is that building technology has no set of rules that guarantee an exceptional user experience for mass population usage. It’s easy for us all to get caught up in following the right processes, and that’s great, but design is not science. Acknowledging how much artistic choice plays a role in design is really hard. It means you could have lots of smart hard-working designers working on something that turns out like shit.

My college professor Jim Hollan always said that mapping other people’s cognitive interactions is fundamentally one of the hardest things in this world. I think it really takes an artistic touch, like Tony Fadell talked about at Brooklyn Beta last year. And that’s hard to swallow, because it means designing incredible user experiences for mass populations is very unpredictable.

Web designers can come from various study backgrounds. You yourself coming from a cognitive science background, how important is it for web designers to have some knowledge of how our brains work?

Not sure. If there was a formula for what makes a great designer I probably would have used it in the last question.

It’s not always the best idea, or the most environmentally friendly product that makes it these days. In an ideal world, which products do you think should be successful?

I think our world is pretty fair for products. I don’t stay up at night worrying about which environmentally-conscious consumer gadget or web app is not getting proper exposure.
I worry more about the imbalance people face in getting access to technology and basic education to be able to build products they care about.

After watching San Francisco to Paris in two minutes, I am really looking forward to seeing Iceland in two minutes. When can we expect to see this online?

Oh man, we’re covering all the bases. Thank you so much for the enthusiasm – we’ve missed our January deadline but I’m shooting for the next couple months for sure.

Are there any interesting projects you are currently working on that you would like to share with us? For those of us who are interested in following your projects, what is the best way to stay updated?

Twitter for sure – @boltron – and the coolest projects right now are what we call “modular” personas for the New York Times, which we’ll be able to discuss publicly later this year, and that we are officially launching a design practice at Bolt | Peters, which has traditionally just been a research firm. We’re building a sweet design studio in our SOMA space that will have lots of desks and space so if you or your readers are in SF,
drop us a line and come work here for a day.

Related posts on our blog