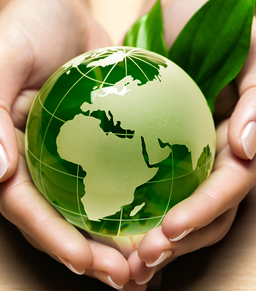 While many commentators have focused on data-driven innovation in the United States and Western Europe, developing regions, such as Africa, also offer important opportunities to use data to improve economic conditions and quality of life. Three major areas where data can help are improving health care, protecting the environment, and reducing crime and corruption.

While many commentators have focused on data-driven innovation in the United States and Western Europe, developing regions, such as Africa, also offer important opportunities to use data to improve economic conditions and quality of life. Three major areas where data can help are improving health care, protecting the environment, and reducing crime and corruption.

First, data-driven innovation can play a major role in improving health in Africa, including by advancing disease surveillance and medical research. Several recent examples have come to light during the ongoing West African Ebola virus outbreak of 2014, which has catalyzed international efforts to improve the continent’s disease surveillance infrastructure. One effort is an attempt to crowdsource contributions to OpenStreetMap, the self-described “Wikipedia for Maps” that anyone can edit. OpenStreetMap volunteers are using satellite images to manually identify roads, buildings, bodies of water, and other features in rural areas of West Africa, which can help aid workers and local public health officials better plan their interventions and ensure every village has been checked for the disease. The U.S. Centers for Disease Control and Prevention is also piloting a program to track aggregate cell phone location data in areas affected by Ebola to provide a better picture of disease reports in real time. Other efforts are targeting basic medical research to ensure that African people are not underrepresented in genomics research. The United Genomes Project hopes to counteract the trend of basing genomic research on primarily U.S. and European populations, which can result in treatments that are ineffective among other populations, by compiling the genomes of 1,000 Africans into an openly accessible database over the next several years.

Second, various projects are using data for conservation and environmental efforts in Africa. One such initiative, the Great Elephant Census, is attempting to count African elephants to help local authorities better target conservation efforts and fight poaching. The census uses imaging drones and automated image recognition techniques to collect data that otherwise would have been too expensive or too difficult to collect using traditional data collection techniques. The University of California Santa Barbara’s Climate Hazards Group recently released a near-real time rainfall data set to help government agencies around the world detect droughts as rapidly as possible. The data is already being used to identify burgeoning areas of food insecurity, including in drought-plagued areas of East Africa. The Trans-African Hydro-Meteorological Observatory is a Delft University of Technology-led collaboration among 14 universities and several private sector organizations to use cheap sensors to collect localized weather information at 20,000 locations in sub-Saharan Africa. The resulting data will be available freely for scientific research and government use.

Third, data is helping reduce crime and corruption in Africa. The U.S. Holocaust Memorial Museum’s Center for the Prevention of Genocide is working on a public early-warning system for mass atrocities around the world that uses data from news reports and other sources to predict what countries carry the highest risk of genocide and other violent events in the near future. It will be rolled out during next year’s elections in Nigeria, which have historically been marred by violence. Israeli startup Windward uses satellite imagery to flag potentially illegal activity, including illegal fishing and piracy, around the world. Windward’s algorithms have already been used around the Horn of Africa to identify pirate activity. Other efforts are focused around government corruption. These include the South Africa-based Parliamentary Monitoring Group, which compiles and publishes data about local politicians, and Ghana-based Odekro, a website that monitors politicians’ behavior and publishes public debate transcripts and other political information.

These examples represent just a subset of the many ways that data-driven innovation is having a positive impact on Africa and address problems that have plagued African countries for decades. Although many of these innovative approaches come from international efforts, some are homegrown as well. For example, Nairobi-based Gro Ventures collects regular data on crop yields and commodity prices from local farmers and uses the data to build risk models that banks can use to make loans to farmers. The number of opportunities will continue to grow as the technology becomes cheaper, data becomes more plentiful, and the skills needed to perform analysis becomes more widely available.