The Cloud is Boosting Platforms for App Development 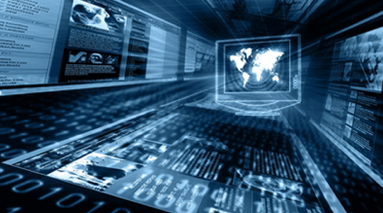 If you want a network virtualization platform with security features that will transform your current network operations, dramatically slash costs, boost revenues, and increase efficiency across the board and by many orders of magnitude, then you may just want to consider using a VMWare NSX.

If you want a network virtualization platform with security features that will transform your current network operations, dramatically slash costs, boost revenues, and increase efficiency across the board and by many orders of magnitude, then you may just want to consider using a VMWare NSX.

Here are five good reasons to ponder the idea of using a virtual network rather than a physical one:

First, a virtual network is agile. It cuts the time needed to provision multi-tier network topologies. Customization is also a breeze. In fact, even enterprise-sized security services can be provisioned in seconds, not weeks.

Second, a virtual network is cost effective, reducing capital or operational expenditure. Configuring things manually becomes unnecessary. Automation does that for you. Provisioning networks also becomes easier; as does meeting the hardware needs of your network.

Third, a virtual network improves options since it works on hypervisors, network hardware, and cloud-based platforms.

Virtual networks are not a theoretical idea, but a proven concept. Some of the largest service providers deploy virtual networks, including data centers and multinational financial organizations. The reason they prefer virtual networks to physical ones because all constraints associated with physical networks have been swept aside. VMware NSX clients include the following well-known large scale businesses:

The faster and more efficiently a business can go, the lower its costs and the higher its profits. Businesses want faster innovation and time-to-market schedules. With virtual networks like VMware NSX, these and more business requirements are met. In fact, business operations improve by many orders of magnitude. Networks become faster and more economical, and more choices are available. All these benefits are a result of the software making it easy to program complex networks. Provisioning networks becomes simpler because they can be created, destroyed, and recreated in a virtual environment. It is also possible to get VMware NSX security for enterprise level cloud solutions.

The whole idea behind virtual networking is not merely an improvement on the existing paradigm, it is a revolutionary transformation. It’s not a transition from the old to the new, but a reinvention of the new. In fact, it can be called a completely new model for how networks operate.

Sometimes comparisons are the best way to describe something. Comparing virtual networks with virtual machines makes it easier to understand the way virtual technology works.

A virtual machine is not a physical machine but software that offers an application a logical central processing unit and logical memory and storage capacity. In a similar way, a virtual network offers logical components like switches, firewalls, and routers. That’s not all, of course. For instance, workloads can also be connected with logical components like load balancers and VPNs.

Finally, both kinds of virtual solutions can be repurposed if desired since there is none of the costs or labor needs associated with physical objects.

NSX VMware is as robust as a physical network. Its features include:

A virtual network transforms the network operating model. Businesses that use it benefit from better, faster, and more efficient operations. In addition, service quality across a wide spectrum of IT functions improves dramatically.