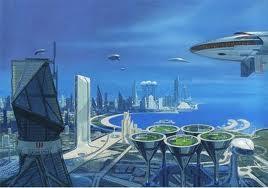 What if current buyers of enterprise IT became the most important IT suppliers?

Consider this scenario: By the end of this decade, a number of established and emerging enterprises will become big data-driven entities, expanding beyond their narrowly defined “industries” to become full-fledged IT players, working with or competing with traditional IT vendors to develop and deliver IT solutions for a wide range of customers.

What if current buyers of enterprise IT became the most important IT suppliers?

Consider this scenario: By the end of this decade, a number of established and emerging enterprises will become big data-driven entities, expanding beyond their narrowly defined “industries” to become full-fledged IT players, working with or competing with traditional IT vendors to develop and deliver IT solutions for a wide range of customers.

There has been only one previous restructuring of the IT industry and analyzing it may help shed light on the next one. Between 1990 and 2000, the industry’s structure changed from vertical to horizontal. The dominance of a few large, vertically-integrated companies (IBM, DEC, HP, Prime, Wang), gave way to new players, focused on specific layers of the “IT stack” (and old players finding a new focus): Intel in semi-conductors, EMC in storage, Cisco in networking, Microsoft in operating systems, Oracle in databases, IBM in services.

The restructured IT industry answered a pressing business need. Without the new business requirements and opportunities that unleashed digitization and the rapid growth of data, there would be no need for new ways to sell and buy IT. The new competitive and business pressures to keep more and more data online and for longer duration, to mind and mine the data, to share and move it around, all contributed to the demand for a flexible IT infrastructure where buyers assemble together the pieces of their IT infrastructure from different vendors. Most important, in the late 1980s and early 1990s, businesses fundamentally changed their attitude towards and the scope of what they did with data: From primarily an internal, back-office bookkeeping, “how did we do last quarter?” focus on the past, to external, customer-, partner-, and supplier-oriented data creation, collection, and mining, with a focus on the present and “let’s understand how to serve our stakeholders better.”

The mid-2000s saw the start of the big data era and a similar shift in the fortunes of information technology. Again, it was driven by a new business need: “Let’s make sense of the mountains of data we continue to accumulate,” focusing on the future and the use of data to understand the likely results of different courses of actions and decisions.

Digitization has made data an indispensable resource for any enterprise, second only to people. Big data is about applying this resource in the most optimal way. This shift in emphasis may well mean a significant change in how IT is developed, sold, and bought.

Both of these scenarios may be looking at the future through the rear view mirror. Cloud computing is the culmination of the digitization era. The cloud is the most optimal way to make mountains of data accessible anywhere, anytime.  But access to data, as much as it’s going to continue to be important, is not what the new era, the era of big data, is all about. The new era is about the analysis of data in support of better decision-making.

And both scenarios assume IT buyers will have less power than they have today. IT will become a commodity, like electricity, to be supplied by a few giant utility-like players, whether old or new. Buyers will not be able to pick and choose IT components, and they will not want to do that anyway: IT will not be different from other fixed assets such as office buildings and will not contribute to a company’s differentiation in the marketplace.

Or maybe not. Consider these three quotes:

“Financial services companies are IT companies more than they actually know”—Facebook’s Frank Frankovsky explaining why Goldman Sachs sits on the board of the Open Compute Project.

“The advantage for P&G is our scale. We have operations in around 80 countries, our products are sold in almost every country, and we touch more than four billion consumers every day. Imagine all those data points. We can literally fit any virtual diaper to any baby anywhere in the world”—Procter & Gamble’s Robert McDonald, “a CEO on a mission to make the most technologically enabled business in the world.”

These are three examples of IT buyers possibly gaining more clout rather than relinquishing power. Goldman Sachs may signal that the cloud will not be owned and operated solely by “IT vendors,” whether old or new.  And Zynga and Procter & Gamble may signal that the big data era may give rise to new “IT vendors”—companies that see IT not only as an integral part of their business strategy but go even further to view it as what their company is all about.

The size of the “IT industry” in 2010 was about $1.5 trillion. At current growth rates, it is expected to grow to about $2.5 to $3 trillion in 2020. But if you include in the “IT industry” everything that’s being digitized—content, communications, consumer electronics, commerce—we are looking at an IT industry that will grow to over $10 or even $15 trillion in 2020. And in this restructured industry, having billions of “data points” on what consumers are doing, buying, communicating, and sharing, and having the best analysis maybe more profitable than developing IT components or running an IT infrastructure.

The dominant IT players in 2020 will be the masters of big data analytics.