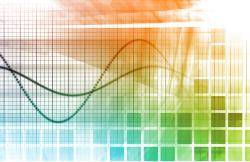 Velocity is one of the defining characteristics of Big Data, and there are few situations in which speed is more imperative than motorsports. From NASCAR to Formula One and grassroots karting, teams and race organizers are employing ever more sophisticated data-driven strategies to shave split-seconds off lap times and provide a more thrilling spectacle for audiences. In F1, telemetry has been in use since the 1980s to stream live data from the car to engineers in the pit lane. Last year, Forbes reported that teams at the US Grand Prix collected 243 terabytes of data – a sliver less than the total amount of data stored in the US Library of Congress. Thomas Mayer, COO of the Lotus F1 team told me “We are collecting and analyzing a lot of data – we’re not talking gigabytes or terabytes but petabytes.” “Formula One has always been on the cutting edge of technological development so it was natural that data analysis would become a big thing for us. It saves us time and money – instead of having to rely on trial and error, we have real data provided by 2,000 sensors on the car.” The data can be used to make real-time adjustments to every aspect of the car and to align it with the driver’s performance. It is also used to run simulations, which is essential as the amount of time drivers can spend practicing and testing their cars is limited by the governing body, the FIA, in order to create a level playing field for teams with less resources. Sensors attached to the car record everything from the amount of fuel that is being burned to the tyre pressure, g-force, and every action by the driver who have more than 20 controls at their fingertips. While in the early days, information would be broadcast in “packets” as the car passed the pit lane, today there is constant real-time communication. As Infiniti Red Bull head of technical partnerships Al Peasland said, “We’re looking two hours into the future and trying to predict where we’ll finish the race before it starts.” Damage control While a driver has to rely on instinctive gut reflexes to cope with racing at 200 mph, his support team is armed with data that will prove invaluable in times of crisis. One example of analytics coming to the rescue is when Red Bull driver Sebastian Vettel’s car was spun and damaged during the 2012 Brazilian Grand Prix. By the time his car made its 10th lap pit stop, engineers had run simulations using modelled data to determine the adjustments that would need to be made to the car to keep it running for another 70 laps. This meant Vettel won enough points to secure the championship title for a third year running. As in many other areas of life, Big Data is removing a lot of the guesswork and enabling decisions to be made with the confidence that they are backed by statistics. Just like the speed of the cars, the speed at which data is transferred is of vital importance. In 2013 Lotus changed the storage provider they used for the data received by their cars to a faster system which enabled them to transfer 2,000 statistics per lap. They credited this as a key factor in the dramatic improvement in performance of their driver junior driver Marlon Stockinger in last year’s Formula Renault 3.5 series. And thanks to dedicated high-speed fibre-optic lines which are laid before every race, engineers and analysis at the team’s headquarters and engineering centres can have the data just a fraction of a second later than pit crews. Data from the Australian Grand Prix is said to be displayed on screens at Red Bull’s UK headquarters in less a third of a second. Fans provide a lot of data, too. During the 2014 US Grand Prix, spectators sent more than 2.3 terabytes of data across the mobile networks as they uploaded photos to social media and tweeted about their experience. Social sentiment In NASCAR, a partnership was announced with Hewlett-Packard to capitalize on this data generated by its fans, whether they are at the trackside or watching from home on TV. This resulted in the construction of the NASCAR Fan and Media Engagement Center. There, social media data is aggregated with traditional media coverage data and race data in an effort to understand what makes fans engage with the sport – and open their wallets to support it. This data is shared with teams, sponsors and race organizes. Racetrack owners can track the feeling of fans towards the pricing of their tickets, sponsors can monitor how many people are taking advantage of a race day promotion, and teams can judge the attitude of fans towards its cars and drivers. During its first year of operation more than 18 million interactions were analyzed. The newly inaugurated Formula E electric car championship takes fan interaction to the next level. The Fan Boost rule (or gimmick, as some have called it!) allows the fans to vote on which drivers should be given a five second “boost” where their car’s power is increased from just over 200 bhp to 250 bhp. Motorsports is continuously evolving, and big data will inevitably continue to play a part in the race for faster lap times, and greater fan engagement. With new technological developments such as hybrid and electric engines coming into play, things are likely to get lively in the next few years. Big data solutions will no doubt help teams get to grips with the changes and ensure that fans are getting what they want – thrilling racing and a fast and furious spectacle.