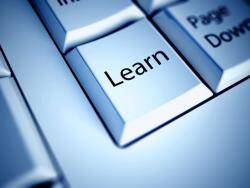 In big data terms, every human being is a rich resource. Students, from enrollment to grades to the clubs they join, generate as much data as any of us.

In big data terms, every human being is a rich resource. Students, from enrollment to grades to the clubs they join, generate as much data as any of us. Institutions of both higher and elementary learning are already working towards using this information to better the education they provide, the way they handle different student demographics and even the way they research fields like literature.

From test scores to online behavior, every single student generates a unique data trail. By running and analyzing student data, institutions can see if they’re spending the right amount of money in the right places, treating their online students the way they should be, and a host of other insights.

The WICHE Cooperative for Educational Technologies has built a database of 640,000 students from six colleges, enabling analytical access to 3 million course-level records, according to Inside Higher Ed. Researchers are able to run demographics, performance and student retention, among other data, in order to analyze what works and doesn’t work in each institution.

This higher-ed data mining project has already disproven one widely held belief about enrollment. For students at high risk of dropping out, it is better to start an online education with a limited number of courses, rather than taking a full load as was commonly believed.

In addition, one of the colleges involved, Rio Salado College, is starting to build a foundation for what could eventually become a sort of matchmaking service for students and colleges. The college is measuring each of its 40,000+ online students’ online interactions, the number of times they view textbooks, their rate of response to instructor feedback and overall performance. Combined with demographic information, this data will provide the college with conclusions about which programs are best for which types of students.

On the elementary school level, a project named InBloom is aiming to create middleware that places the information systems of ten school districts across the country onto the cloud. This will create a pool of information that includes, among other things, student test scores and attendance data, according to the Hechinger Report.

The company is aiming to provide an API that enables app developers to construct new education apps, such as learning games and performance tracking dashboards, to aid school employees and teaching. The idea is to give schools more insight into how their initiatives are performing, where their money is working best and which types of programs are working for which students. Personalized learning is another goal of the program.

Optimizing Academic Research on the Cloud

From personal genomics to better medical care, big data has already had a powerful effect on science. Even astronomy can now be done from a computer screen rather than a telescope. By running and analyzing images taken from space, astronomers have been able to collaborate in order to make new discoveries. Some crowdsourced research projects let mainstream Internet users to view the same images astronomers are looking at. This recently led to a Dutch schoolteacher discovering an important new kind of gas cloud, the Chronicle of Higher Education reports.

The Chronicle also points out that big data is being used to find patterns in music. One project is logging 23,000 hours of music and displaying patterns in a student-accessible cloud-based application. Students are not only studying the rhythmic trends in the music of a single composer, but the historical trends across many composers for an entire time period.

The same kind of historical analysis is becoming available to the humanities, in the fields of language, history and literature. Stanford now has something called the Literature Lab. There, the text of tens of thousands of books—scanned by Google for the Google Books project—can be analyzed to draw new insights on writing trends, the Chronicle reports.

Literary data mining is producing a new trend of “distant reading,” where students analyze the data about books—available in the form of maps, graphs, charts and the like—in order to analyze them. Researchers can draw new conclusions about, for example, common author sentiment in Edwardian England.

The Chronicle also points out that this literary project is based on Google Books, the result of the search giant’s effort to put all printed books on the cloud. This has created the largest digital library in human history, and also spurred an arms race as to which academic institution will own rights to it. So far, Stanford, home of the Literature Lab, is one of the front runners.

The Future of Education

In the not-too-distant future, big data will become so pervasive in education that we’ll find it hard to imagine life without it. Many students will work on tablets, for example, that will generate assignments at a difficulty level that matches their abilities. Online students will be able to enter their criteria for finding a university and view a list of customized results. Even the study of humanities may have a data mining component. The brave new world of education is here.