When Big Data Loses to the Anecdote 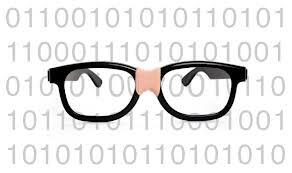 Due to the amount of time that people in the tech and enterprise worlds spend talking about big data and analytics, it can be easy – or even tempting – to undervalue these tools.

Due to the amount of time that people in the tech and enterprise worlds spend talking about big data and analytics, it can be easy – or even tempting – to undervalue these tools. Once a trend has been present for long enough, it is susceptible to being taken for granted, as has been the case with cloud computing. However, it is unwise to fall into such a behavior where big data is concerned.

This information – as well as the software platforms necessary to catalog and quantify it – has become more valuable and widely applicable as time has gone by. As a recent blog post on GigaOM makes clear, open source platforms like Hadoop and tools of that nature have allowed big data and analytics to be stronger, faster and more reliable? in many ways. Information mining and data visualization tasks that once had to be spread out over several days can be completed in just a few hours.

However, one aspect of big data and business intelligence analysis that has not always been properly considered is the human factor – namely, the personnel who make such projects possible. According to Midsize Insider, an analytics initiative is only as effective as the members of the team responsible for managing it. As such, it will be wise to consider what makes a solid group of professionals for this purpose, and look at what BI software will best equip them to do their jobs.

Variety important for data teams
The news source pointed out that a team of varied individuals is necessary for true, definitive big data success. Data consultants, analytics managers and data scientists are some of the necessary roles, in addition to the decision-makers who spearhead the IT department – they need to be engaged in the project as well. Finally, the existing IT staff must be on hand to ensure that the day-to-day operations of servers and other necessary hardware are up to snuff.

Another thing to take into consideration is the balance between traditional and fresh approaches to big data, as both have their merits but it will be detrimental to only value one and eschew the other.

In some instances, there may be occasions where data scientists and IT staff on the technical end of things may come to disagreements, based on the differences between their approach. When this happens, it must be managed and resolved quickly, as any conflicts that manage to persist could seriously imperil the project.