It’s been estimated that by 2015, almost two million people will be employed in big data jobs in the US. Hal Varian, Google’s chief economist, is quoted as saying “…the sexy job in the next 10 years will be statisticians” and Tom Davenport, Distinguished Professor at Babson College, believes that a data scientist has the sexiest job of the 21st century.

It’s been estimated that by 2015, almost two million people will be employed in big data jobs in the US. Hal Varian, Google’s chief economist, is quoted as saying “…the sexy job in the next 10 years will be statisticians” and Tom Davenport, Distinguished Professor at Babson College, believes that a data scientist has the sexiest job of the 21st century.

So what are these sexy jobs? Here’s a quick look at some of the positions available today that might allow you to break into the glamorous and exciting world of the big data professionals: 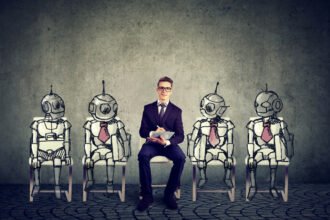 Is Virtual Networking The Key to Landing a Data Science Job?

What Does the Big Data Job Industry Look Like in 2016?

A business’s ability to gain genuine insight and generate growth from big data entirely relies on its ability to analyze and interpret that data. This fact has driven a huge boom in the number of people employed as data scientists over the last few years – a trend which is forecast to continue.

In many ways, if you were an evil genius looking to take over the world using big data, then your data scientists are your elite henchmen – the “muscle”, highly trained but grounded in reality, needed to put your high-flying plans into action in a practical way.

The designation “scientist” signifies that they will usually come from an academic background – a PHd is often a requirement, for higher-level positions. To support this, new degree courses specializing in data science are being launched by universities around the world. If you don’t have the time or money to go back to school, you can complete data science courses from Stanford and the John Hopkins University for free, online at Coursera.org. At the very least this would be a good way to gauge if you have the academic potential required.

Working as a data scientist at a large company could involve being part of a team, reporting to a chief data scientist. Or as more smaller and medium-sized businesses embark on data projects in the near future, they could find themselves working alone and taking sole responsibility for turning stats and data into action.

It’s a wide and varied field, in what is essentially still an emerging science, but if you’re interested and have the aptitude it could prove lucrative – average salaries for qualified and experienced data scientists with larger companies generally top $100,000.

This is the person responsible for giving a company the technical ability to launch a big data initiative. They will probably be something of an all-rounder, as an overview of key big data technologies such as Hadoop and NoSQL is essential, as are more traditional IT skills such as coding, system installation, testing and performance tuning.

They will also need a firm grasp of the technical nuts and bolts such as cluster computing, distributed file systems, as well as an understanding of analytical skills such as data modelling. If all of this makes sense then you might just have a broad enough skill base to find work as a data architect – pioneering industry’s forays into the brave new world of data analysis. British Gas is advertising for one now, with a salary of £75,000 ($124,000).

Machine learning is a field of computer science involving artificial intelligence and statistics – the idea being that computers can be taught to modify their behaviour to increase efficiency, rather than having to be “told”, manually, to do it. It has all sorts of potential applications from search engines to automated navigation, and collection and interpretation of data is key to a computer’s potential for self-improvement.

Among the companies currently advertising on LinkedIn for roles in this field are Google, Samsung, Apple and NVidia.

People with the skills – which include coding and analytical skills – to carry out this sort of work are already in great demand, and salaries from various job postings around the web range from $70k to $150k.

Hadoop is the software backbone supporting much of the big data used by industry, but it’s often a bit too complicated or specialist for the average generic IT department to set up and deploy on their own. So companies embarking on their first serious data ventures will often find it makes sense to hire an expert.

Additionally, although Hadoop is open source, several companies releasing their own “enterprise” versions, fine-tuned to make them more easily accessible. These include Cloudera and MapR, and these companies will look to hire specialists too.

You will need to be familiar with the key Hadoop technologies such as MapReduce and Hive, and have an understanding of how data can be leveraged to achieve business objectives. No, none of that really sound too sexy, but consultants can earn $1,000 a day according to recruitment ads online – so you can buy yourself some pretty sexy things!

Unsurprisingly, marketing is the first application many companies think of when planning where to put data to use. Its potential to match products and services to customers has revolutionized the way consumers shop online and in real life, from Amazon and Netflix to Wal-Mart and Tesco.

Social media provides unprecedented levels of insight into the needs and desires of potential customers, as well as direct channels of communication with them. On top of that businesses are collecting more and more information by farming everything from their transaction records to customer service calls for data.

As such, employees with data skills are more and more frequently finding themselves embedded within marketing departments where their attention can quickly be focussed on the task of bringing fresh punters through the doors. Strong project management and presentation skills will be essential – as well as the ability to communicate complex data theories and insights in a way that non-technical colleagues can learn from.

AT&T has just posted an ad on LinkedIn for a Lead Data Analyst, Mobile Marketing, if you think this might be the career for you!

As always, I hope you enjoyed this post. For more, please check out my other posts in The Big Data Guru column and feel free to connect with me via Twitter, LinkedIn, Facebook, Slideshare and The Advanced Performance Institute. 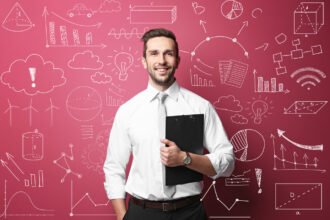 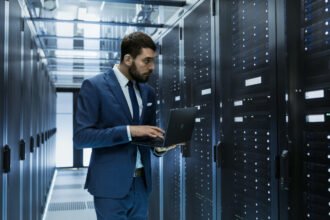 Is Virtual Networking The Key to Landing a Data Science Job?